Watch: Olivia Moore from Grease performs Hopelessly Devoted To You

Watch Olivia Moore, who plays the role of Sandy in London’s Grease, sing the classic Hopelessly Devoted To You as made famous by Olivia Newton-John in 1978.

The video shows Olivia Moore perform the hit song in a studio, taken from the West End show starring Dan Partridge as Danny and Peter Andre as Vince Fontaine.

Grease originally opened in Chicago in 1971, followed by a move to Broadway in 1972 where it received seven Tony Award nominations, including one for Best Musical.

During the show’s eight-year run at the time, little-known actors including Peter Gallagher, Patrick Swayze and John Travolta all appeared in the production, with Richard Gere understudying many roles before going on to star as Danny Zuko in the 1973 London premiere.

Read our verdict from the official press night by clicking here 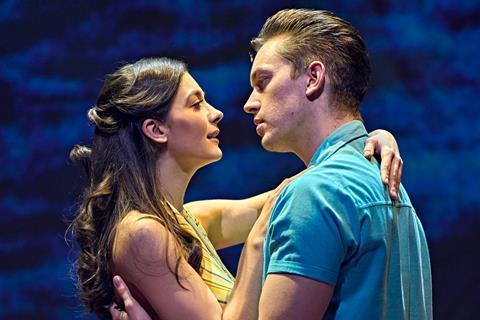 Olivia Moore as Sandy & Dan Partridge as Danny in Grease.

The 1978 film adaptation starring John Travolta and Olivia Newton-John is the fourth highest-grossing live action musical of all time. The musical features beloved songs, including Summer Nights, Greased Lightnin’ and You’re The One That I Want.