More than 200,000 new tickets are now on sale for Tina - The Tina Turner Musical at the Aldwych Theatre in the West End until 27th June 2020, with a new children’s cast also revealed. 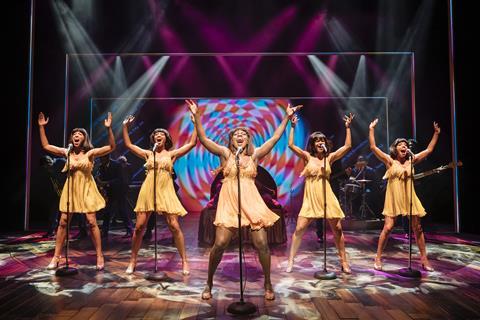 The new children’s cast will take to the stage from 20th September, compromising of Miah Hasselbaink and Athea Andi from Surrey, plus Ayani Lingibe-Ajavon from Hertfordshire, all sharing the role of Young Anna.

Nkeki Obi-Melekwe and Ashley Zhangazha will continue their roles of Tina and Ike Turner respectively, with Aisha Jawando taking over the role of Tina permanently from 23rd September.

From humble beginnings in Nutbush, Tennessee, to her transformation into the global Queen of Rock ‘n’ Roll, Tina Turner didn’t just break the rules, she rewrote them. This stage musical, presented in association with Tina Turner herself, reveals the untold story of a woman who dared to defy the bounds of her age, gender and race.

The production made its world premiere in April 2018 in London and has subsequently broken all box office records at the Aldwych Theatre.

Directed by Phyllida Lloyd and written by Katori Hall with Frank Ketelaar and Kees Prins, the musical is choreographed by Anthony van Lasst and features orchestrations by Ethan Popp.

Earlier this year the show made its German premiere and will begin Broadway performances at the Lunt-Fontanne Theatre from 12th October.

More about the West End cast

For the full cast, tickets and more information, visit www.tinathemusical.com