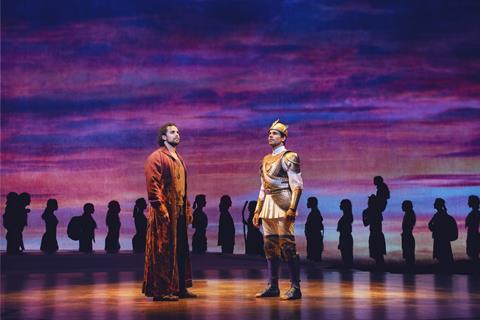 Luke Brady as Moses (left) and Liam Tamne as Ramses share a poignant moment together. 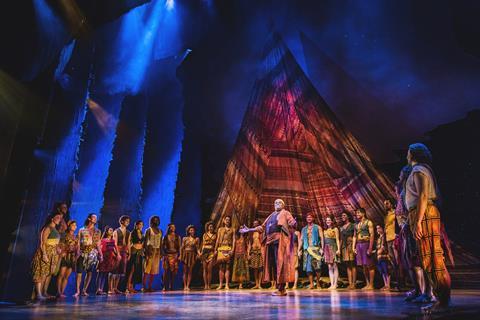 Clive Rowe (centre) has recently taken on the part of Jethro. 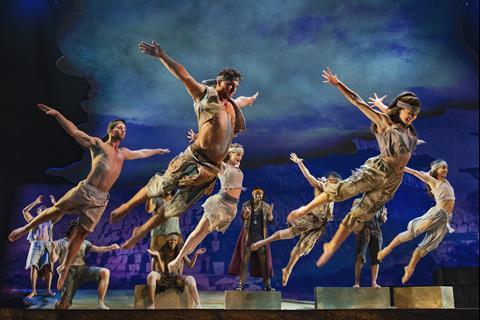 The company help bring every aspect of the story to life with intense dance routines. 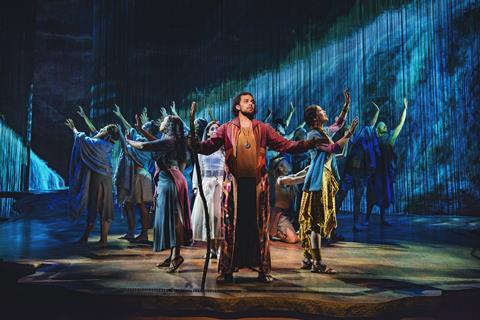 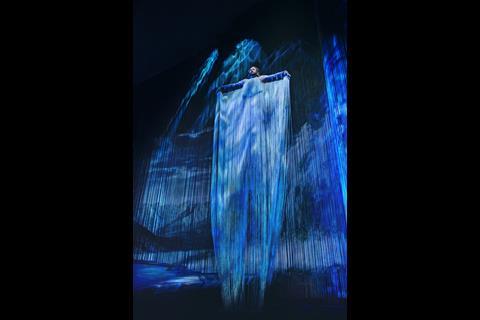 Cast members float to the top of the theatre to imitate the parting of the waves. 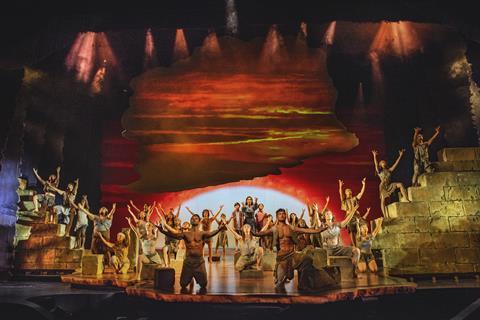 The entire cast is made up of more than 40 people. 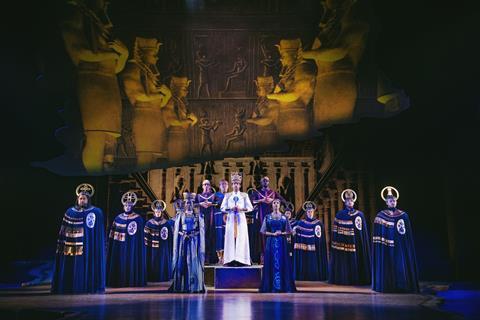 The new photos were taken as the Prince of Egypt reopened at London’s Dominion Theatre on 1st July under Step 3 guidelines.

Images (as shown above) reveal cast members back out on the stage in colourful costumes and settings, telling the ancient biblical story of Moses and Ramses.

46 performers make up the full cast, with Luke Brady starring as Moses, Liam Tamne as Ramses, Christine Allado as Tzipporah and Alexia Khadime as Miriam.

The musical, which is expected to run under social distancing protocols until 4th September, is taking group bookings up until 8th January 2022 with discounts available for ten or more people.

Described as a journey through Ancient Egypt, the musical follows the stories of two young men, raised together as brothers in a kingdom of privilege who find themselves suddenly divided by a secret past. One must rule as Pharaoh, the other must rise up and free his true people; both face a destiny that will change history forever.

The Prince of Egypt has music and lyrics by Stephen Schwartz (Wicked, Godspell), a book by Philip LaZebnik (Mulan, Pocahontas) and features ten new songs written by Stephen Schwartz together with five of his original songs from the original DreamWorks Animation film (When You Believe, Deliver Us, All I Ever Wanted, Through Heaven’s Eyes and The Plagues).