Line-up revealed for The Wight Proms

A stellar line-up for the concert festival which takes place this August on the Isle of Wight has been announced. 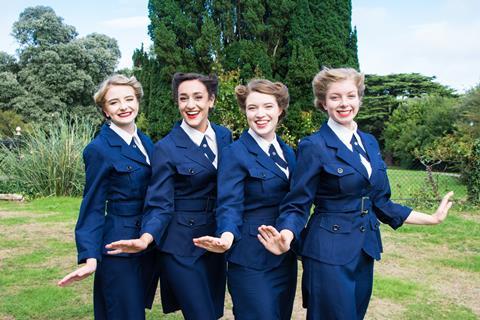 Company B-UK will perform at The Wight Proms in 2019.

Among the line-up will be comedians Alan Davies and Shappi Khorsanid, leading West End lady, Ruthie Henshall, and the much-loved soprano, Lesley Garrett.

They will be joined by West End stars, the Wight Proms Concert Orchestra and support acts including Company B-UK, Theatretrain, The Rockafellas and Winners of the IOW Music, Dance & Drama Festival.

What to expect from the festival

The four-day festival returns to the Isle fo Wight on 29th August to 1st September 2019, in the grounds of the Grade II* listed Georgian Northwood House, in Cowes.

Following the format of last year’s event, the Wight Proms will feature ‘A Wight Laugh’ on the Friday night starring comedy legends Alan Davies and Shappi Khorsandi, ‘Wight at the Musicals’ on the Saturday night, starring West End & Broadway star Ruthie Henshall, and ‘Last Wight of the Proms’ on the Sunday, starring Lesley Garrett CBE alongside the Wight Proms Concert Orchestra.

“We will also have a bigger and better choice of food stalls this year from across the island.”

In an effort to offer even more, organisers of the festival have added two new events to this year’s Wight Proms: ‘Wight at the Movies’ and ‘Peter & the Wolf’. Festival founder Mike Christie commented: “The outdoor cinema will be held on the Thursday, screening two classics: The Greatest Showman and Dirty Dancing, which have already generated huge interest on social media, before tickets are even on sale.

“Peter & the Wolf is on the Saturday afternoon and is a perennial favourite by Sergei Prokofiev, which helps children to enjoy the experience of going to a concert by making it fun and entertaining.”

Christie added: “We had a fantastic few days last year, with a packed schedule, however it was always the aim to offer the community as much variety as possible over the four days, and to build and develop the festival each year. We will also have a bigger and better choice of food stalls this year from across the island.”

Tickets will go on sale on 1st April. Group tickets and discounts are available.

Details of free art workshops will be revealed soon for those interested to get hands-on when attending the festival.