First ever tour planned for Waitress the Musical

The West End & Broadway hit Waitress will take to the road from 14th November for the first time. 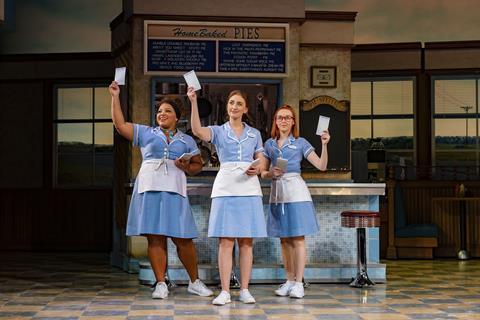 The current Waitress cast in the West End.

Beginning its run at the Bord Gáis Energy Theatre in Dublin, the show will then travel to Bromley, Manchester, Edinburgh, Sheffield, Sunderland, Hull and Southend.

The rest of the current tour is made up with visits to Aberdeen, Bristol, Eastbourne and Birmingham, with more venues and dates still yet to be revealed.

The news of the tour comes as the show finishes its West End season at the end of March, just over a year after opening on 7th March 2019.

Full casting will be announced soon.

It tells the story of Jenna, an expert pie maker in a small town who dreams of a way out of her loveless marriage. She soon finds that a baking contest and the town’s new doctor may offer her a chance at a different life. Jenna must find the courage and strength within herself to rebuild her life, with the musical focussing on themes such as friendship and motherhood.

You can read what we thought of the West End version of the show here.

It is based on the 2007 film written by Adrienne Shelley and features music and lyrics by Grammy award-winning, singer-songwriter Sara Bareilles.

Sara Bareilles is best-known for her 2007 hit Love Song, which reached the number one chart position in 22 countries around the world. 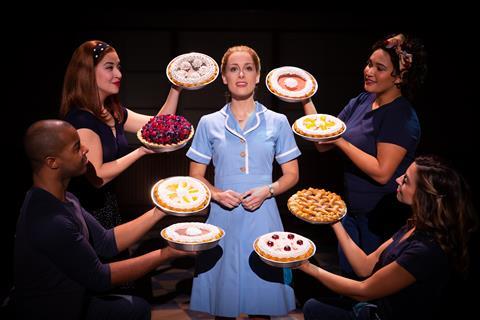 Bailey McCall stars as Jenna in the US tour of the production. Casting for the UK & Ireland tour will be announced soon.

Waitress first opened on Broadway on 24th April 2016 at the Brooks Atkinson Theatre, where it ran until 5th January this year.

The show is currently on a North American tour, and is set to open in Australia, the Netherlands and Japan.

For more information about the musical, visit waitressthemusical.co.uk.