Coronavirus: how attractions, hotels & others are adapting to reopen safely

Although group visits aren’t possible right now, we thought it would be interesting to look at some of the changes tourist attractions are making so they can safely re-open as lockdown restrictions ease. 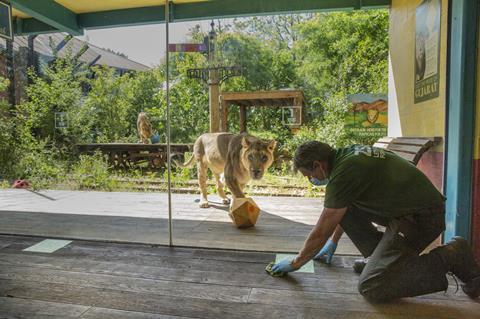 Two-metre markers in place at ZSL London Zoo’s Land of the Lions exhibit.

Many outdoor attractions, including zoos and venues with expansive gardens, have already reopened to the public by putting a number of new measures in place to adhere to government guidelines.

Many other attractions haven’t yet been able to open due to the current restrictions although preparations are ongoing to adapt and be able to open safely. Staff at The Bear Grylls Adventure attraction at the NEC in Birmingham said it would be carrying out temperature checks on all employees and guests arriving at the venue and those with a high temperature would be refused entry.

Merlin Entertainments has released extensive information about its new health and safety measures in line with government advice at its various attractions which include Warwick Castle, Chessington World of Adventures, LEGOLAND® Windsor Resort, Madame Tussauds and Alton Towers. It has said that if it is recommended or required by local health authorities, visitors should bring a suitable face mask/covering although these will be available at the attraction if necessary.

There have been some more unusual ideas too including a hotel in Cornwall which is launching what it says is the UK’s first purpose-designed and built ‘socially distanced’ hotel restaurants. St Moritz Hotel & Spa near Rock is preparing to open the nicknamed ‘Anti-Social Club’, a new dining concept which will consist of 16 private dining rooms. 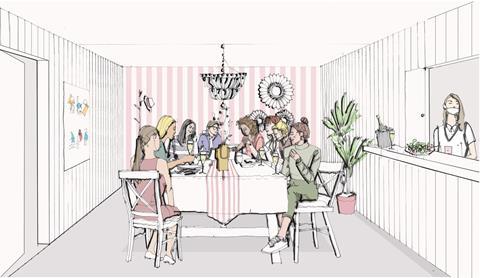 How one of the dining ‘bubbles’ may look - there will be rooms for two, four and eight people.

Co-owner Hugh Ridgway said: “Covid-19 has stopped the industry in its tracks. Like all hotels, bars and restaurants across the globe, the virus has hit our business like an unbelievable sledgehammer. However, as ever, we have dusted ourselves off, and risen to this unpredictable challenge in our own creative, St Moritz way.

“Simply reworking our current restaurants and bars, and operating at 30% capacity doesn’t allow that, so our specially-designed summer ‘pop-up’ restaurant, overcomes this obstacle, adding to, rather than detracting from, our stylish, VIP guest experience.”