Coronavirus: GTOs on the challenges ahead & hopes for future travel

Group organisers have been in touch to share some of the challenges they’re facing and when they’re hopeful they can resume day trips and holidays. 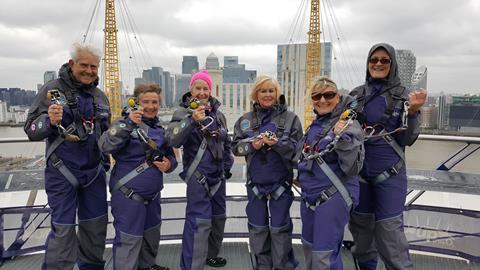 Lin Wilson (second from right) with members of her group climbing The O2 arena in London on a previous trip.

Lin Wilson, who runs Solent Events & Leisure and Solent Events on Tour said at the start of the lockdown she transferred all the holidays coming up to 2021, which she explained “meant we didn’t need to ‘cancel’ and get into the refund process, which was all very uncertain at the time.”

She added: “I didn’t cancel anything, so immediately told my clients that each event and holiday coming up in the next few months would be postponed to a new date as soon as we are back and able to. Now I think is the most challenging time because we now don’t know how the clients are going to be. I’ve got a trip to Switzerland in August which I have just decided to postpone until June or September next year, as things were still up in the air with immediate European travel.

“From the results of my online client Travel Survey currently running (with over 100 replies so far), I’ve got a lot of people raring to go, even abroad - to Europe and even Vietnam and Cambodia, but they are a smaller proportion compared to the ones who are not sure yet  - as some do not want to fly this year. But I am personally very happy about what they’re doing at the airports and on the planes.” 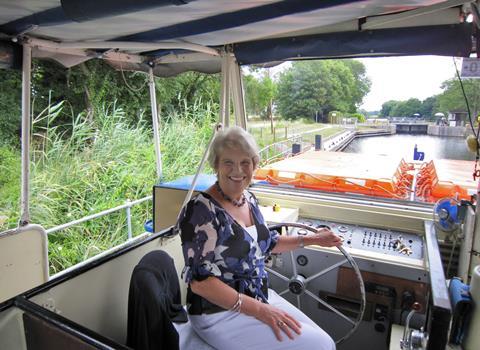 Janet Spooner, Travel Treats, said she was looking at outdoor places, not too far from home that her group could safely visit “perhaps from August onwards.” She told us: “People seem keen to go somewhere but it’s finding the right somewhere, and then there’s the transport to consider.”

Janet continued: “I think some in the group may feel happier cruising as many of my folks who missed their cruises earlier this year have re-booked for next year.

“Some of my folks are really cross with the situation as they intended to travel when they retired and now feel they may not see all the places on their bucket lists.”

When are you hoping to travel again? Please leave your comments at the bottom of the page.

Sue Povey, group organiser for Out and About with Sue, said her group were likely to wait until next year to make any decisions on trips but remained hopeful that she may be able to rearrange cancelled UK and overseas holidays for then.

While Elizabeth Hodgson, Barnet U3A, said: “It has been frustrating to have had to reschedule, postpone or cancel many interesting days out and, to date, our group cruise to the Low Countries has been cancelled and a long awaited trip to the Oberammergau Passion Play will now have to wait until 2022!” 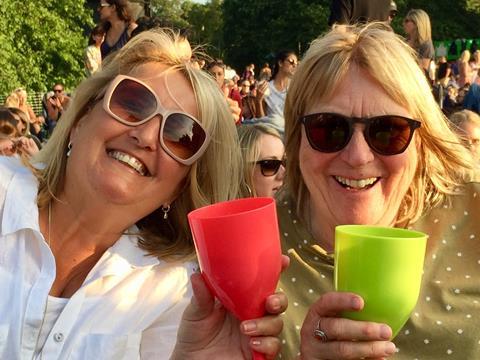 Sylvia (right) has said she remains positive about the future.

Sylvia Saxon, who runs Saxon Group Travel and is the chair of the New Meridian Association, said she remains positive with a “glass half full” approach, adding: “What I am seeing is most organisers, including myself, are re-scheduling until next year. However, I do hope my Berlin Christmas Market trip goes ahead in December.

“People are still very reluctant to commit to going abroad this year, especially as my group are mostly NHS staff and we have been told that there is a very good chance we will still have to go into quarantine for two weeks on our arrival home.”

Clive Roylance, who runs Lordship Leisure Groups / Lordship Theatregoers, said because the majority of their trips include the theatre there does seem to be “an extra problem” with the issue of seating. He added: “We think that there needs to be real and sustained signs that the pandemic is almost over before our group visits will continue in anything like the form they were before the current crisis.

“However, when those signs appear we believe our group visits will pick up quickly as many have told us that they are keen to get out again but just not happy to commit yet.”

Clive added: “Our Wine tasting and Malt Whisky tasting groups have staged ‘Zoom’ meetings but it’s only proved that the most valuable part of those meetings is the social contact which is difficult to replicate online.”

Wendy Hartley-Scarff, the chief executive of the Association of Group Travel Organisers, told us that many members, while not arranging trips for the remainder of this year, are looking forward to 2021. She said: “Talking to AGTO members all of them believe the industry will bounce back but it will take some considerable time, due to the challenges of social distancing on how that could work but also the nervousness of members getting together in groups.

“Having said that we do have some AGTO members who are ready to travel as soon as the Government legislation allows. With flights starting again and air bridges facilitating overseas travel, we will see some members hitting the travel trails in the near future.”