How to save money when on holiday

How Brits are the best at making their money go further and a few tricks of the trade. 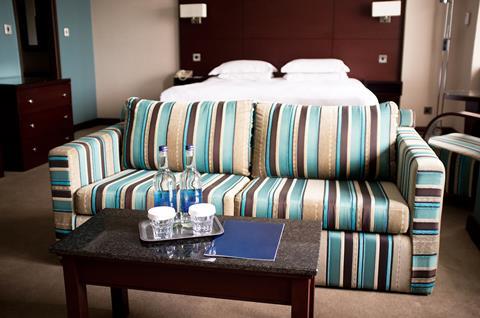 GGO investigates some of the tricks used to make the pounds stretch further on holiday.

Some surveys are just made for us aren’t they, like the latest iCarhireinsurance.com which reveals the top ten ways Brits make their money go further on holiday. I wonder if such research is carried out with Danes, the French or Germans? Probably not, because let’s face it, they are never going to produce a list this good.

One of the more popular tricks in saving a pound or two (in more ways that one) is weighing down hand luggage rather than your suitcase in order to avoid extra baggage charges. That’s why there is never room in the overhead lockers. People even admit to wearing extra clothes to get around the problem. I just thought airports were full of fat people.

A third of those surveyed said they take their own food on flights to avoid expensive in-flight food, and while on holiday, a third admitted to the old favourite of taking food from the breakfast buffet for lunch. I can understand the first as some of the food you get on planes is awful, like soggy bacon rolls or bags of pretzels so small you struggle to open them. But people who take food from a breakfast buffet so they can eat it for lunch later need to take a long hard look at themselves in the mirror.

The most popular money-saving trick? Taking hotel freebies, such as shampoo and conditioner, with nearly half doing this. I do this - not to save money, but because it’s just what you do, right? Of course, I never ever use the things, they just stay in a cabinet at home collecting dust. Another pointless tradition.

But aside from the above there was one trick that actually seemed rather sensible. How about eating in less touristy areas rather the paying the premium of a meal with a view? Not only can there be a big price difference but often the real benefit is because this is when you unearth local gems that are cheaper and more authentic. Unless you particularly enjoy someone pouncing on you as you take a stroll and ushering you into a horrible restaurant with plastic menus and wicker furniture.

Saving money – we love it. Why? So we can buy more tat from the local shops to bring back home, surely?