Touching The Void to transfer to the West End

The producers of Touching The Void have announced that the play will transfer to London following successful runs across the UK and abroad. 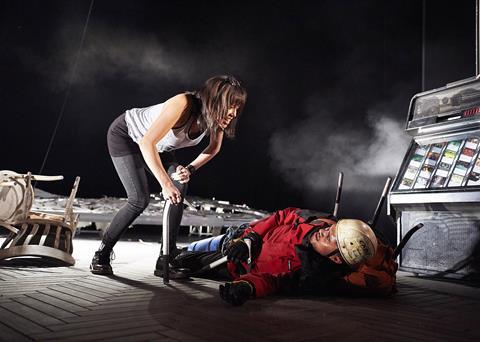 The show follows a real-life experience of a disastrous mountain climbing trip.

The show will preview at the Duke Of York’s Theatre on 9th November with its opening night taking place on 14th November.

The transfer to the West End will see original cast members come together once more including Fiona Hampton, Patrick McNamee and Josh Williams.

Tickets are currently available from November until February 2020.

Bristol Old Vic, Royal & Derngate in Northampton and the Royal Lyceum Theatre Edinburgh have all hosted the production in the past.

The production, directed by Tom Morris (War Horse) is the first stage adaptation of British mountaineer Joe Simpson’s memoir. Adapted by David Grieg, the play is based on the near-death experience of Simpson, who in 1985 was thought lost after falling into a crevasse while climbing in Peru.

Joe Simpson is joined by his climbing partner Simon Yates, who are both tethered together while scaling the Siula Grande mountain in the Peruvian Andes, ‘when disaster strikes’. 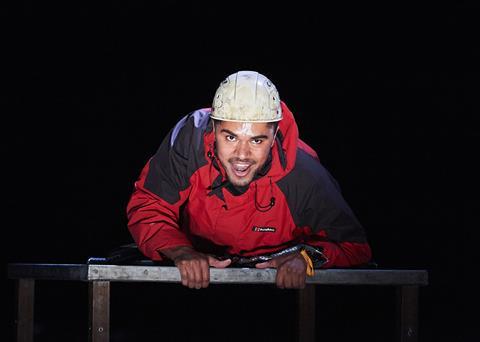 Will Joe and Simon be able to make it?

‘The ground gives way and Simpson finds himself hanging above a treacherous drop. Yates is faced with an unthinkable decision: does he stay attached to Simpson and risk freezing to death, or does he cut the rope?’

About the returning cast

Josh Williams who plays Joe has appeared in BBC’s Doctors and Holby City and has also performed in Romeo and Juliet at Shakespeare’s Globe.

Angus Yellowlees will join Josh Williams at the top of the mountain as Simon, who made his professional stage debut in this show.

Patrick Mcnamee will play Richard and was a series regular on Our Girl on the BBC, and Fiona Hampton will play Sarah, who starred in Kingsman: Secret Service.

Group ticket enquiries can be made by calling 020-7206 1174. More information can be found at www.touchingthevoidplay.com