The Music of Bond concerts to tour the UK

Fans of 007 are in luck as this autumn the London Concert Orchestra will tour venues across the UK with performances celebrating the music of Bond. 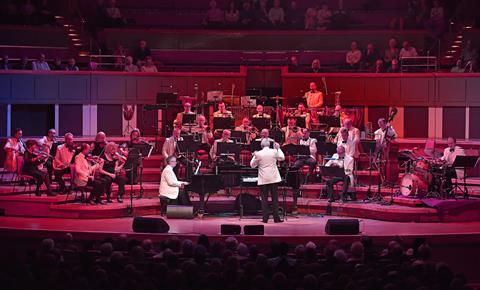 The London Concert Orchestra will tour the UK with the Music of Bond.

The Music of Bond celebrates the world’s most famous fictional secret agent, James Bond, with a concert featuring the iconic theme music and songs.

The tour will open at Royal Festival Hall in London on 28th September.

Acknowledging what has become a soundtrack of classic British film music from over five decades, the programme will include legendary opening numbers from movies such as From Russia With Love, Goldfinger, Thunderball, Diamonds Are Forever, Live and Let Die, The Man With The Golden Gun, The Spy Who Loved Me, Moonraker, For Your Eyes Only, A View To A Kill, Casino Royale, Skyfall and Spectre.

The London Concert Orchestra, conducted by John Rigby, will be joined on stage by the acclaimed guest singers Tim Howar and Louise Dearman to present a performance recognisable to generations of film fans.

Tim is the co-lead singer of Mike + The Mechanics and his West End credits include Phantom Of The Opera, Peggy Sue Got Married and Rock Of Ages. British musical theatre actress Louise Dearman is widely known through her London shows and national tours as well as performances in the UK and international concert arena. Her West End credits include Wicked, Guys and Dolls and Grease.

The Music of Bond 2019 dates/venues

GTOs can visit the website as well as contact their chosen venues for more details on group bookings.