The Tony award-winning Million Dollar Quartet embarks on a UK and Ireland tour in March. 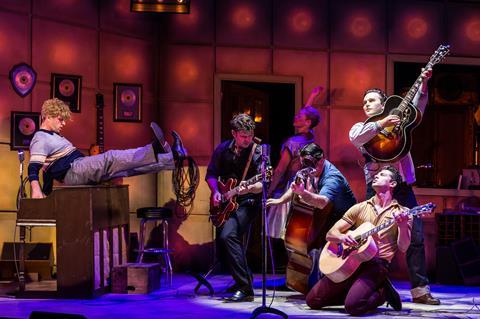 Full casting has been announced for the 2020 tour of Million Dollar Quartet, a musical based on rock ‘n’ roll icons: Elvis Presley, Johnny Cash, Jerry Lee Lewis and Carl Perkins.

A number of the stars will be returning to the production following its Broadway and West End run.

In the role of Jerry Lee Lewis is Martin Kaye, a pianist, singer and songwriter. He will share the role with Ashley Carruthers and Matthew Wycliffe.

Matthew Wycliffe will also star as Carl Perkins. His stage credits include The Buddy Holly Story and Jersey Boys.

Ross William Wild will take on the role of Elvis Presley, having appeared in the UK tours of We Will Rock You and Grease.

Million Dollar Quartet will open at Southampton’s Mayflower Theatre, before heading to a range of towns and cities including Southend, Sunderland, Cambridge, Edinburgh, Cardiff, Dublin, Nottingham and Wolverhampton.

The tour is currently running from 10th March until 4th July, with further dates and venues to be announced. 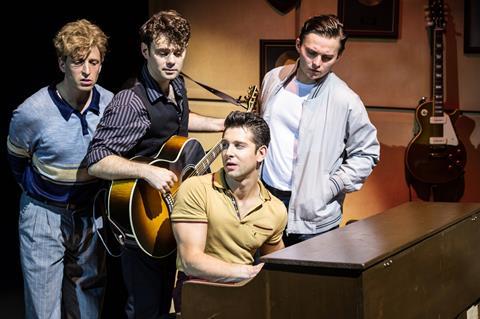 The show is inspired by the true story of 4th December 1956, when four major musicians met at Sun Records in Memphis for what became a legendary jam session.

Bringing that night to life, Million Dollar Quartet is described as ‘a lifetime celebration of four acclaimed recording artists.’