Groups can now book tickets for the musical at the Piccadilly Theatre in London, which is opening in February 2020. 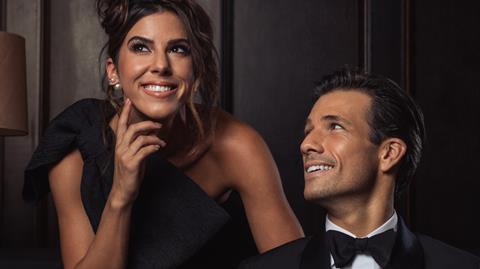 Aimie Atkinson and Danny Mac will star as Vivian and Edward.

Pretty Woman The Musical, based on the 1990 film, achieved a record-breaking run on Broadway and is also scheduled to tour the US, London and Hamburg in 2020.

The story focuses on the relationship between Vivian Ward, a Hollywood escort, and Edward Lewis, a wealthy businessman.

Aimie Atkinson, who will play the role of Vivian, performed in the original West End cast of Six at the Arts Theatre in London. Her other stage credits include Legally Blonde, Never Forget – The Take That Musical and Zorro the Musical. Aimie also won BBC Radio 2’s Voice of Musical Theatre Award in 2006.

Danny Mac will star as Edward. Currently, Danny is performing in the West End’s White Christmas The Musical as Bob Wallace, a soldier and Broadway entertainer. He’s also had roles in Sunset Boulevard, Amelie and Wicked. Audiences may also recognise him as a Strictly Come Dancing finalist in 2016.

“When I first saw Aimie I knew I wanted to work with her. Her star quality, attack and voice in SIX leapt off the stage. I have wanted to work with the very talented Danny Mac for ages. His voice is perfectly suited for Bryan Adams and Jim Vallance’s romantic score.”

Audiences can expect to hear the hit song Oh, Pretty Woman as well as original music and lyrics by Bryan Adams (Canadian singer-songwriter and Grammy award winner) and Jim Vallance (writer of Summer of ’69 and Heaven).

The full cast has yet to be announced.

The show will have a 46-week run at the Piccadilly Theatre, London with evening and matinee performances beginning on 13th February 2020. This will be the first time that the show has been staged in the West End.

To find out more, go to www.prettywomanthemusical.com.

Groups of ten or more benefit from ticket discounts – call 020 7206 1174 for more information, or email groupsd@theambassadors.com.