SIX musical reveals new cast ahead of its UK tour

The hit West End musical SIX has announced the full cast that will take to the road on 24th October, visiting 33 venues until July next year. 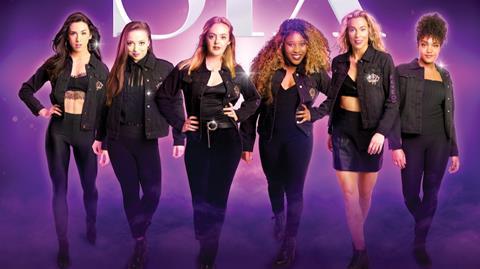 The queens are hitting the road on a new UK tour.

Alternate queens will be played by Jennifer Caldwell, Cassandra Lee and Harriet Watson, with the cast also backed by the production’s all-female band, The Ladies in Waiting.

The nine-month UK tour will open at the Yvonne Arnaud Theatre in Guildford, and will include a Christmas season at The Lowry Quays Theatre from 3rd December - 5th January 2020.

It will end its run at Birmingham Hippodrome, visiting a host of cities including Leicester, Sheffield, Newcastle, Norwich, Leeds, Glasgow, Cardiff, Nottingham.

‘From Tudor queens to pop princesses, SIX sees the six wives of Henry VIII take to the mic to tell their own personal tales, remixing 500 years of historical heartbreak into an 80-minute celebration of 21st century girl power.’

Two years ago the show premièred as a student production at the Edinburgh Fringe Festival, before transferring to the Brooks Atkinson Theatre in New York, following sold out runs in Chicago and Boston.

In London, SIX plays at the Arts Theatre and has recently extended its run in the capital until July 2020.

The show will open at the Sydney Opera House in January and is due to reopen in Chicago next summer. Productions are also being planned for China, Japan, South Korea and Canada.

Lauren Drew most recently performed in Heathers The Musical and Maddison Bulleyment will complete her role of Carolyn in The Bridges of Madison County on 14th September.

Lauren Byrne has previously been involved with Beautiful - The Carole King Musical and Shekinah McFarlane’s stage credits include The Lion King and American Idiot.

Jodie Steele was previously seen in Wicked and Athena Collins in Bare: A Pop Opera.