Motown The Musical to leave West End ahead of tour 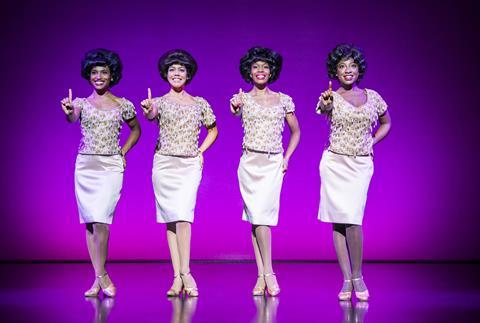 Motown The Musical will be leaving the West End next April before embarking on a UK wide tour.

Ahead of refurbishment work at the Shaftesbury Theatre, Motown The Musical will conclude its run on 20th April 2019 having celebrated over three years of performances.

With music and lyrics from the Motown catalogue, book by Motown founder Berry Gordy and directed by Charles Randolph-Wright, Motown the Musical tells the story behind the classic hits.

The UK tour will begin on 11th October this year, opening at Birmingham’s New Alexandra Theatre.

The cast for the tour will include Chester Gregory as Berry Gordy and Allison Semmes as Diana Ross. Jesse Nager will play Smokey Robinson and Jarran Muse will perform as Marvin Gaye.

The production features a 15-piece orchestra playing 50 Motown tracks including Ain’t No Mountain High Enough, I’ll Be There, Dancing In The Street, Stop!  In The Name of Love, My Girl and I Heard It through the Grapevine.

Group organisers should contact their chosen theatres for information on group bookings.

The show began its West End run in February 2016 with Gordy, Robinson and Wilson once again supporting the production.

In January 2019, Motown the record label will mark its 60th anniversary.