The hilarious Mischief Theatre has revealed its full casting line-up ahead of the Peter Pan Goes Wrong Tour, promising a night of slapstick comedy and organised chaos. 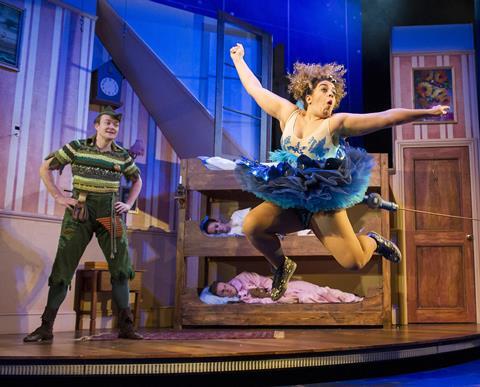 The theatre company, responsible for the smash hit The Play That Goes Wrong, will take to the stage for the show from 19th October.

The cast will be:

The production will open at Everyman Theatre in Cheltenham, touring 14 venues nationwide until 29th February, ending its run in Coventry at the Belgrade Theatre.

It will also spend the Christmas season at London’s Alexandra Palace, from 13th December until 5th January 2020.

It has previously enjoyed two West End seasons, a tour of Australia and New Zealand, as well as a UK tour.

A one-hour version of the show was also broadcast on BBC One in December 2016, starring David Suchet as the guest narrator. It was watched by an audience of more than six million people.

Founded in 2008, the theatre company was created by a group of graduates from LAMADA as an improvised comedy group.

Other productions produced by the company includes Magic Goes Wrong and The Comedy About A Bank Robbery.