Full tour dates and casting have been revealed for the anniversary production of Matthew Bourne’s gothic romance, Sleeping Beauty. 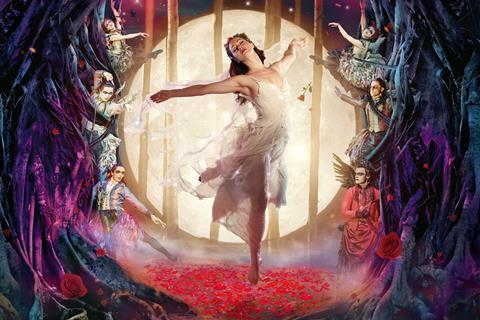 The 2022/23 tour will visit 16 venues across all regions of the country UK, reportedly making it the most wide-ranging, large-scale tour of any dance company in the UK.

It has previously graced a myriad of international stages including the likes of New York, Los Angeles, Seoul, Singapore, Shanghai, Beijing and Tokyo.

This latest tour opens at Theatre Royal Plymouth on Saturday 12th November 2022 and runs until 19th November before visiting The Lowry, Salford from 22nd November to 26th November, ahead of a seven-week Christmas season at Sadler’s Wells, London from Tuesday 29th November 2022 to Sunday 15th January 2023.

It then continues into 2023 visiting:

Ashley Shaw returns as Princess Aurora along with Katrina Lyndon making her debut in the role. Leo will be played by Andrew Monaghan, with Stephen Murray and Rory Macleod both also making their debuts in the role.

The Dark Fairy, Carabosse and her son, Caradoc feature debuts from Paris Fitzpatrick, Jackson Fisch and Ben Brown whilst the Good Fairy, Count Lilac, will also be played by Paris Fitzpatrick along with Dominic North and Christopher Thomas, who are all making their production debuts.

Matthew Bourne’s Sleeping Beautiy reawakens in 2022, celebrating ten years since its premiere at Sadler’s Wells, when it became the fastest-selling production in the company’s history.

It’s said that audiences enter a wondrous world of magical fairies and vampires, where the timeless tale of good vs evil is turned upside-down, creating a supernatural love story that even the passage of time itself cannot hinder.

It features a score by Tchaikovsky, colourful sets and costumes and evocative lighting.