Mamma Mia! the musical returns for UK tour this year

The popular production based on the songs of ABBA will tour the UK again starting this September. 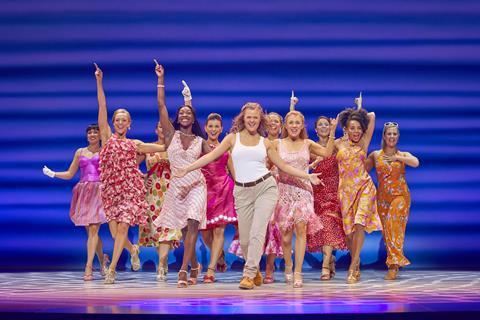 The tour will open at the Edinburgh Playhouse on 19th September before visiting international destinations, and then returning to the UK.

The Alhambra Theatre in Bradford and the Mayflower Theatre in Southampton have so far been announced as tour destinations, with more UK and international destinations to be revealed in due course.

The tour will be celebrating 20 years since the show premiered in London back in 1999, and will be visiting venues until 2020.

Tickets for Edinburgh and Bradford are now on sale, with tickets for Southampton available soon.

Mamma Mia! is Judy Craymer’s vision of staging the story-telling magic of ABBA’s timeless songs with a sunny, funny tale of a mother, a daughter and three possible dads unfolding on a Greek island idyll.

The show continues to thrill audiences in London’s West End at the Novello Theatre where it will celebrate its 20th anniversary on 6th April this year.

The movie version is said to have been the highest grossing live action musical film of all time upon its release in 2008. A second film, Mamma Mia! Here We Go Again, opened in July last year and is reportedly the most successful live musical movie sequel of all time.

With music and lyrics by Benny Andersson & Björn Ulvaeus, Mamma Mia! is written by Catherine Johnson, directed by Phyllida Lloyd and choreographed by Anthony Van Laast.

Group organisers interested in taking a group should keep an eye on the website for more tour dates and venues and should contact their chosen venue for more details.