The Indie rock icons will play a streamed gig from home to help raise funds for the Royal Albert Hall. 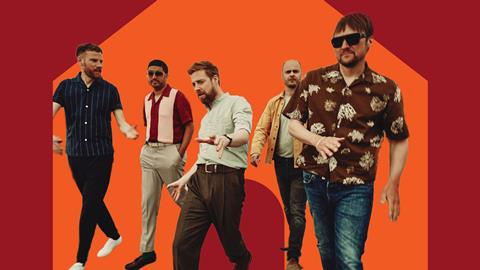 The Kaiser Chiefs first played the venue as a support act back in 2005.

The Mercury-nominated band, who headlined the venue in 2007, will perform as part of the Royal Albert Home series on Saturday 30th May at 8pm, with the exclusive gig airing on the Hall’s website.

In a statement, the band said: “Playing the Royal Albert Hall is always a big deal, it’s an amazing building and being part of the history makes it very special.

“We were very pleased to be asked to take part in the series of gigs to help keep this historic venue alive while with one thing and another they can’t open to the public in the traditional way. We first played the Hall as a support band back in 2005 and hopefully we can return there when all this is over. In the meantime we’ve done a mini gig for you. Obviously we can’t be together at the moment, but we’ll be doing our best to turn our spare rooms into stages. And look forward to seeing you there.”

The Hall, which marks its 150th anniversary next year, has played host to legendary acts such as Billie Holiday, The Beatles, Jimi Hendrix, Adele, Oasis and Nine Inch Nails. But last week the venue’s chief executive, Craig Hassall, told the Telegraph that the venue, like the whole creative industries sector, is in crisis as a result of the financial fallout from the coronavirus pandemic.

The ongoing Royal Albert Home series, launched in April, is intended to raise much-needed funds. So far, exclusive sets from the likes of Rufus Wainwright, Jack Garratt, KT Tunstall, Richard Thompson, This Is the Kit and Sinéad Harnett have been streamed more than a million times. 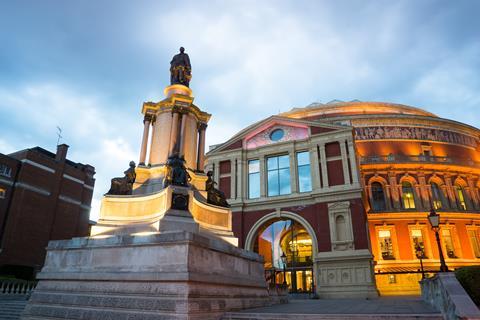 Though the events are free, the venue is asking for donations to support its staff and Grade I listed building during its closure. In the past week, it has raised more than £30,000.

Lucy Noble, artistic director of the Royal Albert Hall, said: “We’re incredibly excited to announce this unique show from one of our favourite bands, the incomparable Kaiser Chiefs. Their headline show in 2007 is a famous night in our history and we’re so happy that they’ve agreed to stage this special one-off show to support the Hall.”

“When we launched the Royal Albert Home series in early April, we couldn’t have predicted the way these shows would be embraced by artists and audiences. This promises to be one of the best yet.”

Other shows being streamed live include:

The previous sessions are also still available to watch in full and feature artists from Alexis French and Alfie Boe to Rufus Wainwright and Katherine Jenkins who performed a special VE Day show.

To watch the Kaiser Chiefs’ show or see any of those already streamed, go to www.royalalberthall.com/RAHome or the Royal Albert Hall’s YouTube channel.