The glittering world of the Georgian court will come head-to-head with the high glamour of the modern-day red carpet in a new exhibition set to open at Kensington Palace in 2023. 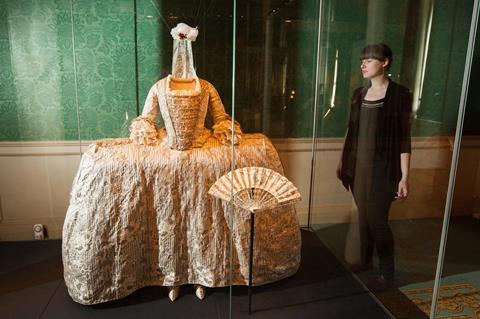 Rockingham Mantua is believed to have been worn by the wife of British Prime Minister, the 2nd Marquess of Rockingham, in the 1760s.

Crown to Couture, opening on 5th April 2023, will see contemporary couture worn by today’s celebrities including Lizzo and Lady Gaga, displayed alongside historic costume – drawing similarities between the world of the red carpet and the world of the Royal Court in the 18th century.

Set to be the largest exhibition ever staged at the palace, more than 200 objects will be going on display across the State Apartments and exhibition spaces, from some of the finest examples of historic court dress to today’s contemporary red carpet looks.

Claudia Acott Williams, curator at Historic Royal Palaces, said: “We’re thrilled to be collaborating with a wide variety of well-known fashion houses and emerging designers to showcase some of the most iconic red carpet looks of recent years and celebrate the wonderful diversity and creativity we see there today.

“By bringing these familiar looks into the palace and placing them in conversation with spectacular 18th century court dress, we hope to provide a new perspective on these historic spaces and the seemingly distant customs of the Georgian Court, and allow visitors to experience the palace as it was meant to be experienced: filled to the brim with the most fashionable and influential names of the day.”

It’s said that visitors will learn what it takes to get noticed, the subtle messages clothing can deliver, and the design influences outfits can take inspiration from.

Among the items going on display is the Thom Browne dress worn by musician Lizzo to the 2022 Met Gala, complete with gold cape jacket. The two-piece ensemble features a plain black corset gown and billowing jacket with intricate gold detailing, styled by Jason Rembert.

It will be joined, among many others, by the luminous green gown worn by Lady Gaga to the 2020 MTV Awards. Created by Christopher John Rogers, it’s said that the skirt of the dress is not dissimilar to the size and scale of dresses that would have been worn in this historic space centuries before. 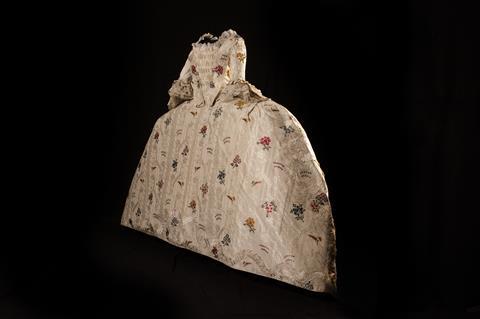 Expect many historic gowns to go on display from the Georgian era.

Along with the modern looks on display, the exhibition will pay homage to the design of the Georgian age, from mantua clothing to the intricately embroidered court suit.

Among the objects will be examples of some of Historic Royal Palace’s own collection – the Royal Ceremonial Dress Collection - which is cared for by a team of experts at Hampton Court Palace.

Highlights will include the Rockingham Mantua, featuring silver thread and silver lace trim and believed to have been worn by the wife of British Prime Minister, the 2nd Marquess of Rockingham, in the 1760s.

Other historic items set to be unveiled include the Silver Tissue Gown, on loan from the Fashion Museum Bath, which will form the opening to the exhibition. A rare example of fashion worn at the court of Charles II and handmade of fine silk woven with silver thread.

It is believed to have been worn to court by a young Lady Theophila Harris, who later went on to become the wife of MP Sir Arthur Harris of Hayne, and as one of very few complete dresses from the 17th century. 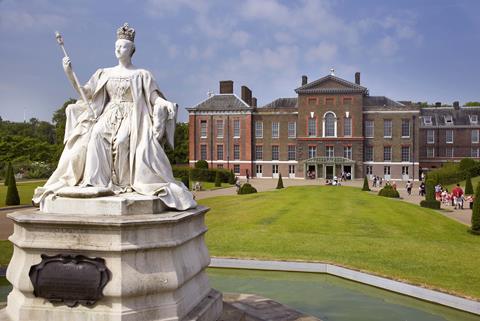 The exhibition will open at Kensington Palace on 5th April 2023.

Crown to Couture will demonstrate the similarities in the fashion ‘rules’ set out by high society designers, drawing fascinating comparisons between the present day and the 18th century, when the palace was at its most busy, exciting and politically and culturally important.”

Crown to Couture opens to the public on 5th April 2023, running until 29th October and is included in palace admission. For more information, click here.