The most sung about cities in the world

Music, trespassing fees and hanging out… it’s all here in this Grumpy Group Organiser column. 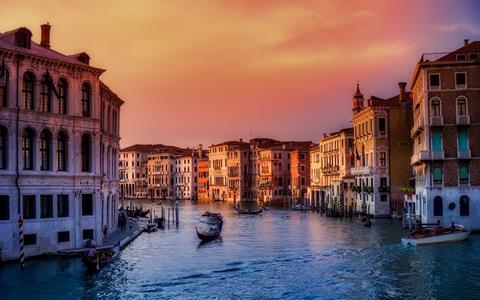 Venice is introducing a tax on visitors.

Someone, one day, was so bored that they decided to analyse the lyrics of more than 200,000 songs in order to reveal the world’s most sung about cities. I am sure this has often kept you up at night too. Unsurprisingly perhaps, we now know that New York is the most referenced city, with London in second place, LA in third, Paris in fourth and Miami in fifth. But how about this… Barnsley, Hastings, Preston and Southend also get a mention, hurrah.

The data was commissioned by Celebrity Cruises and confirms that a gentlemen called Drake, a chap called Jay-Z and Elvis Presley (someone I actually recognise) mention the most places around the world in their songs. But like me, you are probably thinking, who on Earth wrote a song about Barnsley? Answers on a post card.

Venetians have long resented the huge crowds that descend on their home by coach, train or cruise ship. The argument is that they spend little in the destination itself, do not populate the hotels and then leave. It has been said that residents feel like theme park extras. So now, from this Easter, going there will cost you €2.25 per person, per day in low season, and up to €10 during peak season. The Mayor said the money raised will be used to clean up the mess left behind. I guess it will be like the Congestion Charge in London; it will do little to heal the problem but raise plenty of money that will seemingly benefit no-one.

A naked dinner date? No thanks!

You may want to put your trip to Paris on hold as I share the devastating news that the city’s first nudist restaurant will close in February. With a name like O’naturel, I would’ve thought Michelin stars would have followed, even if underwear did not. Some complained that the presence of clothed waiters was not in the spirit of things, but at least you wouldn’t have to worry if you spilt something down your front… unless it burnt your nipples off. Alas, it clearly wasn’t somewhere people wanted to ‘hang out’.