The show is now booking until 28th March, 2020 at London’s Adelphi Theatre with new tickets released. 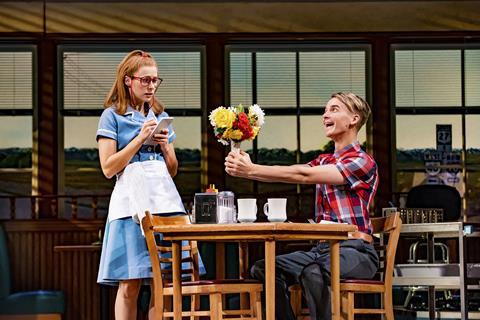 Laura Baldwin as Dawn with Joe Sugg as Ogie.

The producers of Waitress, which opened in London earlier this year, have announced that the musical will be extending its run at the Adelphi Theatre yet again.

Groups of 10 or more can book tickets for the show and the new booking period is now on sale.

It follows the news that Joe Sugg (of Strictly Come Dancing fame) has taken over the role of Ogie (previously performed by Blake Harrison) making his West End debut. Tamlyn Henderson has taken over the role of Earl (previously played by Peter Hannah, one of the original members of the West End cast). Cindy Belliot (Aladdin) has replaced Nicole Raquel Dennis as Norma and Laura Baldwin is Dawn.

The musical tells the story of Jenna, a waitress and expert pie-maker who dreams her way out of a loveless marriage. When a hot new doctor arrives in town, life gets complicated. With the support of her workmates Becky and Dawn, Jenna overcomes the challenges she faces and finds that laughter, love and friendship can provide the perfect recipe for happiness. 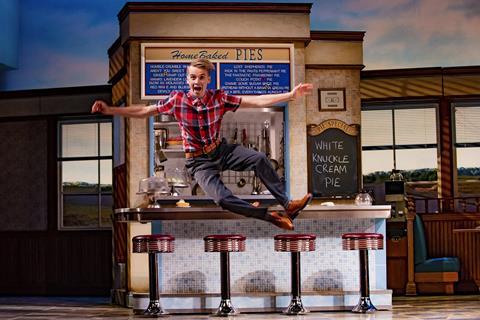 The musical will now run until the end of March 2020.

Waitress premiered on Broadway in March 2016 and has since become the longest running show in the history of the Brooks Atkinson Theater. It’s also currently touring the US and Canada and has announced an Australian premiere in 2020 at the Sydney Lyric Theatre with further productions to open in Holland next year and Japan in 2021.

For more information about the production visit www.waitressthemusical.co.uk