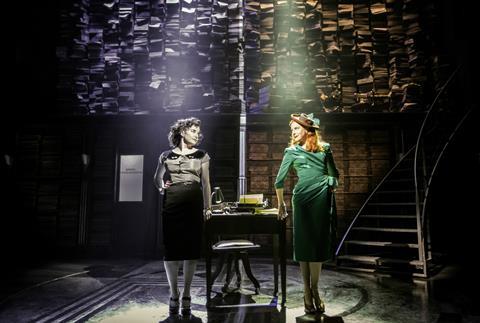 Rebecca Trehearn and Rosalie Craig are members of the City of Angels cast.

Josie Rourke’s upcoming version of City of Angels revives the original stage show that first opened on Broadway in 1989. Taking place in 1940s Hollywood – or ‘Tinseltown’ – the play blends two narratives: one about a writer trying to adapt his book into a screenplay, and the other set inside the fictional world he is writing about. 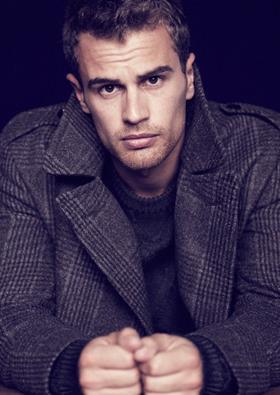 Theo James, who played Four in The Divergent Series, joins the play’s cast.

Playing Stone, a Los Angeles private eye, is Theo James, who audiences may recognise from The Divergent Series, a trilogy of dystopian science-fiction films that hit the screens in 2014.

Jonathan Slinger – who has taken on various roles at the Royal Shakespeare Company (RSC) – will play the dual roles of Buddy/Irwin.

This follows news that Nicola Roberts will also be joining the City of Angels cast, her first time playing a stage role. Nicola is best known as a member of pop girl group Girls Aloud and will take on the dual role of Avril/Mallory.

“I knew Theo was a terrific actor, but I had no idea he was also in possession of such an exceptional singing voice.

Jonathan Slinger is one of our finest actors, and I’m so happy to be working with him at long last. I think he will bring a magnetic danger to the role of this Hollywood Mephistopheles, Buddy Fiddler.”

City of Angels will appear for a limited season at London’s Garrick Theatre from Friday 6th March to Saturday 5th September 2020, offering evening and matinee performances.

Groups of eight or more can arrange their bookings over the phone (0330 333 4817) or via email at groups@nimaxtheatres.com.