The Rocky Horror Show set to travel the UK

The Rocky Horror Show will be returning for a 12-month UK tour opening later this year in Brighton. 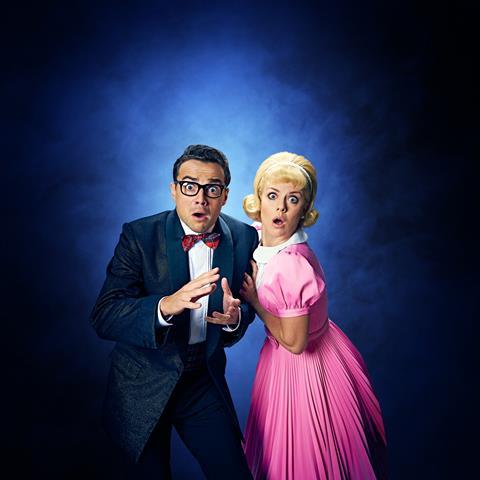 Ben Adams and Joanne Clifton are starring in The Rocky Horror Show.

The musical, which first opened in London in 1973, will begin its venture at Theatre Royal in Brighton on 14th December before heading to an assortment of UK venues currently booking until November 2019.

Kristian Lavercombe will also be reprising his role as Riff Raff, following more than 1300 performances in The Rocky Horror Show around the world.

The show tells the story of Brad and his fiancée Janet, two squeaky clean college kids who meet Dr Frank’n’Furter by chance when their car breaks down outside his house whilst on their way to visit their favourite college professor. It’s an adventure they’ll never forget, with fun, frolics, frocks and frivolity, bursting with timeless songs and outrageous outfits.

Directed by Christopher Luscombe, the show features all of the famous musical numbers including Sweet Transvestite, Science Fiction/Double Feature, Dammit Janet and The Time-Warp.

Duncan James said: “Frank is such an iconic role, it’s an honour to be able to play him and a role that I have always wanted to do. I’m so excited to be touring with such a fun and vibrant show, and to be working with this fantastic cast.”

Joanne Clifton said: “I’ve always loved Rocky Horror. I learnt the Time Warp in my dance classes in Grimsby when I was 4 years old … 30 years later and I’ll be jumping to the left on the actual Rocky Horror stage, I can’t quite believe it!”

Group organisers should contact their chosen theatres for details on group bookings.