The Girl on the Train tour extends with new venues added

The UK tour of the play, based on the best-selling novel by Paula Hawkins, is now running until November 2019. 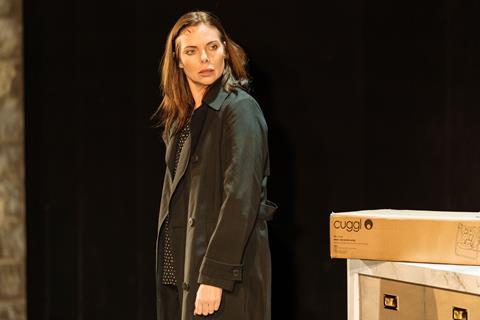 Samantha Womack stars as Rachel Watson in The Girl on the Train.

The play is currently touring having opened earlier this year and is starring Samantha Womack in the title role of Rachel Watson.

The tour was originally running until July, but has now extended its run up until 23rd November. Along the way it will visit theatres in Birmingham, Cambridge, Bradford, Woking, Eastbourne and Blackpool among others.

Samantha Womack has starred in television, film and theatre. She is best known for playing Ronnie Mitchell in BBC1’s EastEnders. Other television credits include leading roles in Mount Pleasant and Game On.

Her recent films include: Kingsman: The Golden Circle and Kingsman: The Secret Service alongside Colin Firth. Samantha also recently played Morticia in a tour of The Addams Family.

About The Girl on the Train

Rachel Watson longs for a different life. Her only escape is the perfect couple she watches through the train window every day, happy and in love. Or so it appears. When Rachel learns that the woman she’s been secretly watching has suddenly disappeared, she finds herself as a witness and even a suspect in a thrilling mystery in which she will face bigger revelations than she could ever have anticipated.

Oliver Farnworth, who is best known for playing Andy Carver in Coronation Street plays Scott Hipwell with John Dougall as DI Gaskill, Naeem Hayatt as Kamal Abdic, Adam Jackson-Smith as Tom Watson, Lowenna Melrose as Anna Watson, and Kirsty Oswald as Megan Hipwell. They are joined by Philippa Flynn and Matt Concannon in the ensemble.

The show is based on based on the internationally acclaimed number one best-selling novel by Paula Hawkins and the Dreamworks film. Paula Hawkins’ novel has sold over 20 million copies worldwide.

More dates and venues can be found on the website.