Survey says…the Group Leisure & Travel Show is the most popular

More than half of those who took part in the Restarting Group Trips & Holidays survey have said that the annual Group Leisure & Travel Show is their preferred travel exhibition to visit. 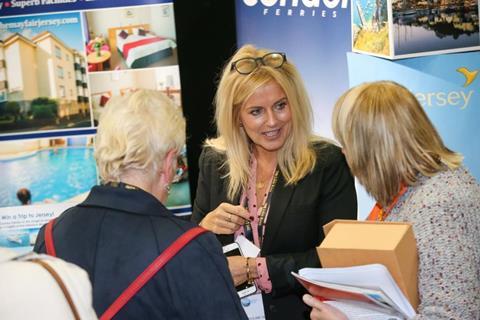 The exhibition is a great opportunity for group travel organisers to meet exhibitors.

Not only did more than 60% of respondents confirm that their top exhibition to attend was the GLT Show, but that it remains well in front of other events by a very sizeable margin. Second in line was the annual Excursions Show with only 8% stating it as their favourite, which was followed by the GO Travel Show, and the British Tourism & Travel Show, both ranked at 3%.

Group travel organisers are now gearing up for the 2021 Group Leisure & Travel Show which takes place at the Marshall Arena, Milton Keynes on Thursday, 7th October - an ideal time for GTOs, especially with planning for 2022 being so important this coming autumn.

GTO, Marian Durbidge who runs the Herts Theatre Club, is a regular at the show and said she was so pleased it was going ahead this year “as then we will feel that everything is back to normal”.

The survey, the second in a series, which ran online between March and April, asked GTOs for their thoughts about restarting trips, vaccine confidence and other aspects of travel including what they had missed the most over the last year.

GLT Show director Graham Yandell said: “It’s great to hear so many group organisers confirm that once again the GLT Show is their preferred travel exhibition by far. Visitors can expect another successful and enjoyable event this year with preparations well progressed for a bumper show in Milton Keynes this 7th October.”

For more information on the show including stand availability visit grouptravelshow.com