Sudeley Castle prepares for its biggest season to date

The attraction in the Cotswolds has now reopened for what it expects to be its busiest and most ambitious season yet. 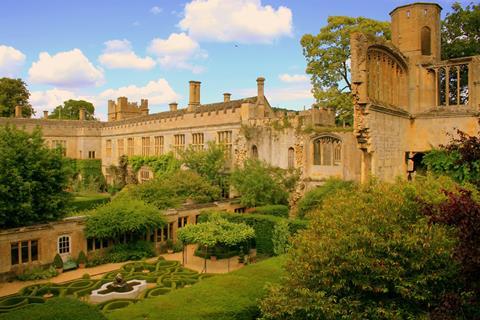 From jousting knights and outdoor cinema, to an archaeological dig, music festivals and various trails, there is plenty to see and do at the castle in Gloucestershire this year, which has now reopened to the public.

Open now until December, a new pebble trail celebrating bees and butterflies will guide visitors throughout the gardens to discover how we can help bees from home.

Taking place from 25th - 28th April is the Spring Homes & Gardens Fair which will include indoor and outdoor furniture bargains, as well as accessories and gifts on sale. Meanwhile on the 27th April, join the Dawn Chorus walk and accompany the castle gardener for a guided tour of the grounds as a new day dawns. You’ll learn to identify a host of birds as they welcome in spring. This event will also be held on 4th May.

Giffords Circus will return to Sudeley Castle between 16th - 28th May, suitable for all ages and providing family fun and entertainment.

For those interested in archaeology, visit between 21st May - 2nd June for the Tudor Garden Archaeological Dig with DigVentures. During which you will aid DigVentures in their ongoing project of unearthing a long lost Tudor garden at the castle.

From 6th - 8th June, the Party at the Castle event will take place, featuring stage legends such as Alfie Boe and Will Young and other entertainment acts such as Dick & Dom and Radio 2 DJ Sara Cox.

The Fantasy Forest Festival will open on 20th - 21st July where visitors will be invited to immerse themselves into another world and surround themselves with costumed characters, and are encouraged to dress up themselves. The event will also include entertainment, workshops and related fantasy shows. Meanwhile a Fantasy Fairy Trail will also be avilable for guests to take part in.

Summer will also see an Outdoor Cinema at the attraction from 23rd - 25th August providing films so far announced as Bohemian Rhapsody and Grease.

For petrol heads, visit on 29th September for the Classic Car Rally where car enthusiasts will gather for a car rally against the backdrop of the castle and gardens. A host of vintage vehicles will be on display on the castle’s North Lawn too.

And from 30th November to late December, the Spectacle of Light event will take place, rounding off the year with an after-dark illuminious display and trail.

Sudeley Castle was one of the Tudors’ most treasured palaces, often housing those closest to the crown. Today the castle is home to Elizabeth, Lady Ashcombe, who this year celebrates 50 years of living at Sudeley after moving there in 1969 with her husband Mark Dent-Brocklehurst.

It is considered one of the most romantic and beautiful castles in England, surrounded by a 1,200 acre estate and ten award-winning gardens.