Strictly Come Dancing favourite Stacey Dooley will return to next year’s tour as the host for the first time, with tickets now available to a variety of different venues across the UK. 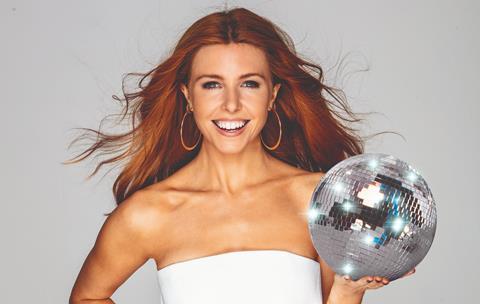 Stacey Dooley will host the 2020 tour.

Stacey, who won 2018’s BBC One series, will be joined on stage by a selection of celebrities and professional dancers from the 17th series of the award-winning show.

The tour will consist of 32 shows, including a special Relaxed Performance in association with the National Autistic Society at the Motorpoint Arena in Nottingham.

Judging and casting announcements for the run will be made over the coming months, with the tour stopping in Birmingham, Aberdeen, Leeds, Manchester, Dublin, Belfast, Glasgow, London and of course, Nottingham.

Speaking about the upcoming tour, Stacey said: “I’m so excited to be joining the Strictly gang again and can’t wait to experience it from a different perspective.

“I’m really looking forward to hosting the tour as I know it’ll be a blast. I had such an amazing time last year, I hope I’ll find a way to get those dancing shoes back on again too.”

More about the tour

Arena audiences can expect to enjoy an ‘unmissable evening of dance entertainment filled with colour, excitement and humour’.

The shows will include choreography and live music that Strictly is known for, recreating the glitz and glamour seen on the TV.

Audiences are not only invited to watch the stars as they perform their routines, but are also granted the power to decide who wins the Glitterball Trophy at the end of each show.

The tour judges will, as always, provide their feedback and scores after each performance, however the audience can vote via text for their favourite couple.

This is the first time the tour has visited Aberdeen and the last time the run visited Dublin was back in 2012.

More information about the upcoming tour can be found at www.strictlycomedancinglive.com