Ian McKellen On Stage: With Tolkien, Shakespeare, Others And You will transfer to the London stage from September this year. 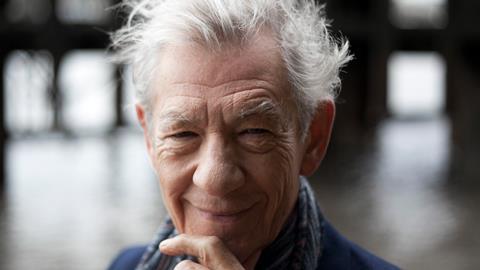 Sir Ian McKellen celebrated his 80th birthday in May.

Tickets for the performance are now on sale, with 80 tickets per performance available at £10 each, raising money for certain charities related to different theatre venues around the UK.

The production will stop at the Harold Pinter Theatre in London from 20th September and will run up until 5th January 2020.

The West End season follows a string of more than 80 sold-out venues across the UK and will also commemorate the actor’s 80th birthday which was in May.

More than £1 million has been raised so far on the UK tour and is expected to reach the £3 million mark by the end of the West End run.

Sir Ian McKellen, said: “Taking this new show to 80+ theatres around the country has been a joyful birthday present to myself. I’ve played mainly in theatres I knew well as a young theatregoer and actor.

“Soon I will be back in London, for a limited season in the West End, raising much-needed funds for theatre charities. For each performance at the Harold Pinter Theatre, I’m glad that there will be 80 tickets at just £10.”

Directed by Sean Mathis, the performance remains a bit of a mystery with Sir Ian McKellen adding: “As for the show? Ask someone who’s seen it. Come and find out.”

The Telegraph described it as a performance full of ‘warmth, wit and wizardry.’

The one-man show is said to give an insight into the life of the actor, featuring anecdotes, as well as cameo appearances of Macbeth and Gandalf.

Tickets can still be bought to the remaining shows on the UK tour too, which concludes in Orkney at the end of August.

Groups must enquire before booking tickets to the performance by calling 020-7206 1174 or by emailing groups@theambassadors.com