Peter Andre will make his West End debut in the role of Vince Fontaine at certain performances in a new production of Jim Jacobs & Warren Casey’s legendary musical Grease. 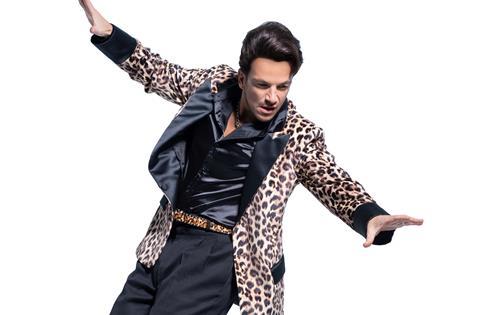 Andre will be joined by Dan Partridge and Olivia Moore as Danny and Sandy respectively, alongside Jocasta Almgill as Rizzo, Paul French as Kenickie, Mary Moore as Jan and Jake Reynolds as Doody.

The leading duo have previous West End experience, with Dan Partridge playing Pepper in Mamma Mia! and Olivia Moore appearing in Waitress at the Adelphi Theatre.

Peter Andre said: “I’m beyond excited to be making my West End debut playing Vince Fontaine in Grease at the beautiful Dominion Theatre. Grease is such an iconic musical and we can guarantee audiences will have the most wonderful evening listening to songs we all know and love. We can’t wait to see you there.”

The production opens at the Dominion Theatre on Tuesday 17th May, with previews from 3rd May. Groups of eight or more qualify for discounted tickets. 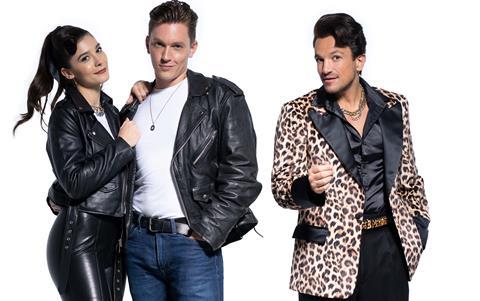 Olivia Moore will star as Sandy and Dan Partridge will play Danny, alongside Peter Andre as Vince Fontaine.

Grease originally opened in Chicago in 1971, followed by a move to Broadway in 1972 where it received seven Tony Award nominations, including one for Best Musical.

During the show’s eight-year run at the time, little-known actors including Peter Gallagher, Patrick Swayze and John Travolta all appeared in the production, with Richard Gere understudying many roles before going on to star as Danny Zuko in the 1973 London premiere.

The 1978 film adaptation starring John Travolta and Olivia Newton-John is the fourth highest-grossing live action musical of all time. The musical features beloved songs, including Summer Nights, Greased Lightnin’, Hopelessly Devoted To You and You’re The One That I Want.

Grease is currently booking from 3rd May until 29th October. For more information, visit www.greasemusical.co.uk.