Well-known comedian Paul Whitehouse will return to the cast of Only Fools and Horses The Musical for four months from 6th January next year, reprising his role of Grandad. 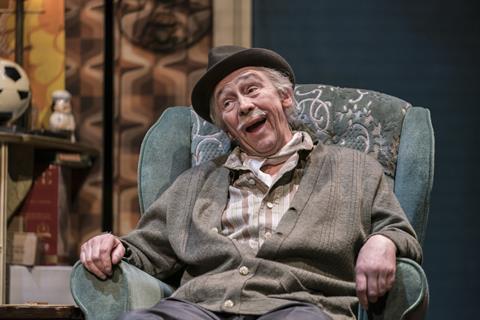 Peter Whitehouse will return as Grandad.

The news of Paul’s return to the show coincides with the announcement that it will also extend for a third time at the Theatre Royal Haymarket, running for an extra two months until April 2020.

More than 300,000 tickets have been sold since the comedy opened in February this year, with Paul reuniting with Tom Bennett as Del Boy and Ryan Hutton as Rodney.

Paul said: “I’m delighted to be returning to Only Fools and Horses The Musical in the new year to take up the role of Grandad again.

“It has been a real honour to watch the success of the show grow since the very beginning. It has received an incredible amount of love from fans since it opened at the Theatre Royal Haymarket back in February and to hear it’s been extended again for a third time is music to all of our ears. I can’t wait to be back.”

John Sullivan’s much-loved comedy was turned into a hit musical by his son Jim Sullivan, with an original script and score created with the help of Paul Whitehouse.

The musical features 20 songs, mixed in with material from the TV series, taking audiences back to Peckham in 1989.

For more information about the show and tickets, visit onlyfoolsmusical.com