New stars for The Woman in Black in the West End

Terence Wilton and Max Hutchinson have now taken over as Arthur Kipps and The Actor respectively in the haunting thriller at The Fortune Theatre. 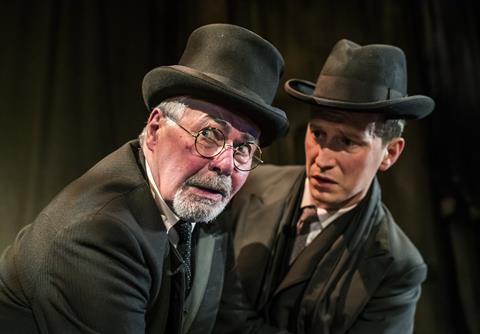 Terence Wilton (left) as Arthur Kipps and Max Hutchinson as The Actor.

Terence Wilton previously played the part of Arthur Kipps at the same theatre in 2017 and is returning after two years away from the production.

His other West End theatre credits include Never So Good at the National Theatre, Treatment at the Donmar, plus War Music and Antony and Cleopatra at the Old Vic.

Max Hutchinson most recently appeared in The 39 Steps at the Barn Theatre and Theatre Royal Windsor, The Hound of the Baskervilles at Jermyn Street Theatre and the UK tour of Murder On The Nile.

Special reductions are available for groups of eight or more.

Stephen Mallatratt’s adaptation of Susan Hill’s  novel tells the story of a lawyer obsessed with a curse that he believes has been cast over his family by the spectre of a ‘Woman in Black’.

He engages a young actor to help him tell his story and exorcise the fear that grips his soul. It begins innocently enough, but as they delve further into his darkest memories, they find themselves caught up in a world of eerie marshes and moaning winds. 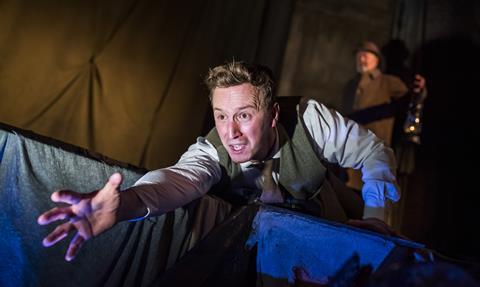 The show produces tense moments as the haunting tale unfolds.

The borders between make-believe and reality begin to blur and the flesh begins creep. The show is directed by Robin Herford, with designs by Michael Holt and lighting by Kevin Sleep.

It also celebrated its 30th anniversary in the West End with a special gala performance in June last year.

Groups who can’t make it into London can still catch one of the shows on its current UK tour, with cities such as Birmingham, Nottingham and Bath still left on the run which ends on 23rd May.

You can find more information about the show and tickets at www.thewomaninblack.com.