New ‘rule of six’ does not prevent distanced coach tours

Guidance has been issued confirming that the new ‘rule of six’ restrictions do not affect coach or tour operators in England. 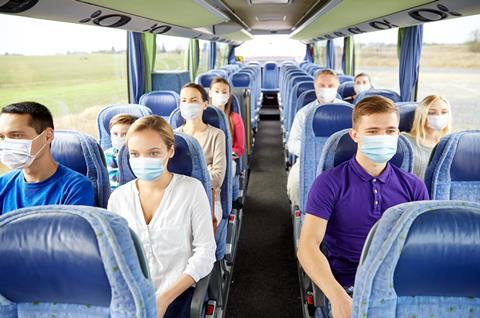 There has been some confusion after the rule came into effect from Monday 15th September banning gatherings of more than six people due to a rise in Covid-19 cases.

The Coach Tourism Association said that the Department for Transport had confirmed that the rule doesn’t have any impact on the number of people who can be carried in a vehicle and that operators should continue to follow the Safer Transport Guidance for Operators. It said that when visiting an attraction or venue, the new restrictions mean that passengers will need to remain in households or in groups of no more than six.

What do you think? Leave your comments below.

Coach Tourism Association (CTA) chair John Wales: “This is an encouraging and practical step by the Government to balance people’s freedom to enjoy a holiday, whilst keeping to the rules.”

“It is a huge relief for the coaching industry that can now carry on with its UK tour programmes and day tours for this autumn and winter.”

“I have raised the confusion generated by the ‘rule of six’ with the Tourism Minister Nigel Huddleston and have made sure that ALVA members know that not only group business can take place - in a Covid safe environment, adhering to the rules and guidance, and appropriately social distancing - but that it should take place.”

A spokeswoman for the Confederation of Passenger Transport (CPT) added: “The new regulations have no direct impact on the number of passengers that can be carried on a vehicle, and operators should continue to follow the Safer Transport Guidance for Operators issued by the Department for Transport. CPT is continuing to press the Department for clearer guidance to be issued to venues and attractions to ensure that groups arriving by coach will continue to be accepted.”

Isle of Wight tour was ‘the best tonic’

The group outside Osborne House.

Group organiser Lin Wilson (Solent Events & Leisure), a member of the New Meridian Association, recently organised a holiday to the Isle of Wight which she said was a huge success.

She added: “It was like being back to normal, but with protocols in place to keep people safe.

“The new ‘rule of six’ didn’t affect us too much, as we were in small groups/bubbles anyway. Everyone said it was the best tonic they’d had for six months.”

Lin is also a former GTO of the Year Award® winner.

The Tourism Alliance issued the following guidance: “Accommodation businesses, attractions, performance venues, coach operators, tour guides, pubs and restaurants can all continue as they are, provided that they make sure any individual party of visitors complies with the rule of six.”

The new restrictions make it illegal to meet up in a group of more than six people. They apply to gatherings, both indoors and outdoors in England and Scotland and indoors in Wales. The rule apply to all ages in England and everyone except children under 11 in Wales and under 12 in Scotland. In Northern Ireland, six people from two different households can meet indoors and groups of up to 15 people outdoors. The rule does not apply to households or bubbles of more than six people. Find out more about the restrictions here.

Group organiser Allison Uddy, Milton Village Community Association, welcomed the clarification and said: “There has been a lot of misunderstanding, it was bad enough before this ‘rule of six’, it of course aimed at individuals rather than businesses, organisations and charities - I hope the venues and attractions are still going to accept groups.”

Tour and coach operators have issued information on their websites and social media channels for customers. On its website Johnsons Coaches said that businesses and venues following Covid-19 secure guidelines could continue hosting larger groups as long as individual groups didn’t interact with anyone outside of the group they are attending with.

Support for the coach sector

The Coach Tourism Association has also reacted to the recent tourism 90-minute debate in the House of Commons in which the coach tour sector was mentioned 42 times.

John Wales said: “The strong support expressed in the House of Commons debate was heartening, with evidence that many MPs understand the plight of the coach sector. Coaches are a critical part of the tourism industry. However coach tour operators, who are predominantly family-run businesses, have been left high and dry for the past six months and most of them missed out on government support because of the failure to recognise them as part of the leisure and travel sector.

“We would urge the Government to consider extending a furlough scheme to tourism businesses which would be perfectly viable if able to operate without the current restrictions. Coach tour operators deliver huge amounts of tourists and leisure spending to regions across the UK and need continuing support to get through a challenging winter.”