Producers of the Some Mothers Do ‘Ave ‘Em tour have revealed further dates and new cast members to join the run which kicks off in Bromley. 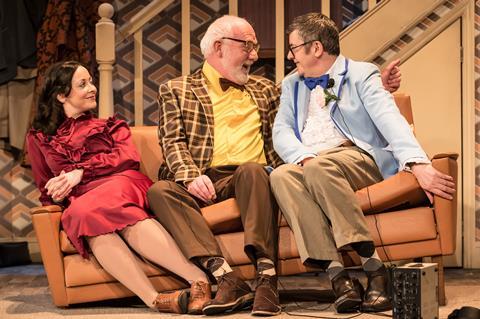 Sarah Earnshaw as Betty, Moray Treadwell as Mr Luscombe & Joe Pasquale as Frank Spencer in Some Mothers Do ’Av ’Em.

Starting at the Churchill Theatre on 26th February, the production was previously announced to be stopping in Nottingham, Blackpool, Birmingham and Newcastle to name a few.

It will now also play in Windsor, Hayes, Stoke, Aylesbury, Stevenage, Swansea, Leeds and Portsmouth, before ending its run in Southend on 18th July.

The trio join the previously announced Joe Pasquale as Frank Spencer, Sarah Earnshaw as his wife Betty and Susie Blake as the disapproving mother-in-law, Mrs Fisher.

Peter Gardiner and Jayne Ashley complete the rest of the cast.

Moray Treadwell most recently appeared in the UK tour of No Man’s Land and has also starred in The Railway Children (King’s Cross Theatre) and the national tour of Hysteria. 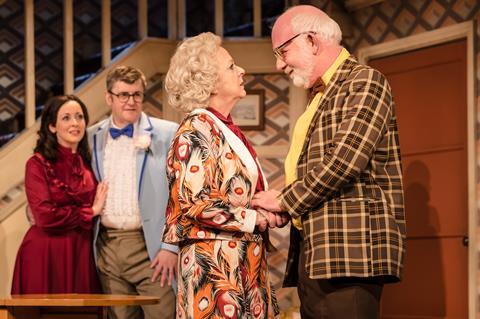 Moray Treadwell and Susie Blake will take to the stage together on the run.

David Shaw-Parker began his acting career at the Royal Shakespeare Company, appearing in more than 25 productions for them. He also starred in Acorn Antiques in the West End.

Ben Watson is an actor, writer, director and comedian who was seen most recently in Aladdin at the White Rock Theatre in Hastings.

The production was written by Guy Unsworth and will also be directed by him for a second time, following last year’s tour.

Speaking about the show, Joe Pasquale, said: “After 30 years in show business, this has been the role of a lifetime for me, so to be bringing it back again, this time to a wider audience, is a dream come true.”

For more information about the tour, visit somemothersdoaveem.com.