New cast for tour of Calendar Girls The Musical

A new cast has been announced for the UK and Ireland tour of Gary Barlow and Tim Firth’s musical comedy, Calendar Girls The Musical. 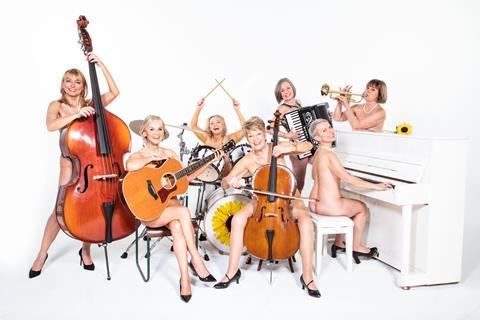 The cast will feature stars from Hollyoaks, Coronation Street and Mamma Mia!, among others, and will see the return of previous stars of the show.

Other cast members will include Judy Holt (Cold Feet, Scott & Bailey) as Marie and Lisa Maxwell (Hollyoaks, The Bill) as Celia.

The new cast will make their debut at Cliffs Pavilion, Southend, on the 23rd April 2019.

Ruth Madoc and Rebecca Storm will continue to play Jessie and Christ respectively, with Karen Dunbar set to return to play Cora when the production visits Glasgow’s King’s Theatre from 11th to 22nd June.

About Calendar Girls The Musical

Calendar Girls The Musical is inspired by the true story of a group of ladies who decide to appear nude for a Woman’s Institute calendar in order to raise funds to buy a settee for their local hospital, in memory of one of their husbands, and have to date raised almost £5 million for Bloodwise.

The musical comedy shows life in their Yorkshire village, how it happened, the effect on husbands, sons and daughters, and how a group of ordinary ladies achieved something extraordinary.

Directed by Matt Ryan and designed by Robert Jones, with comedy staging by Jos Houben, movement by Lucy Hind and casting by Sarah Bird.

GTOs wishing to book tickets to see the musical should contact their chosen venue for information on group rates.