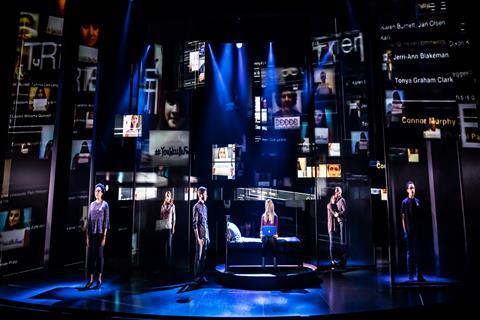 You can send in your own photos or videos to be in with a chance of appearing in the production’s artwork.

The production will take to the stage at the Noël Coward Theatre for its opening night on Tuesday 19th November with previews available from Tuesday 29th October. Casting annoucements are still yet to be made.

Dear Evan Hansen is directed by Michael Greif and features a score by the Tony, Grammy and Academy Award-winning composers of The Greatest Showman, Benj Pasek and Justin Paul.

‘Evan Hansen is about to get the one thing he’s always wanted: a chance to finally fit in. Both deeply personal and profoundly contemporary, Dear Evan Hansen is a new musical about life and the way we live it.’

The original Broadway creative team have also been reunited for this year’s production.

Appear in the production’s artwork

Producer Stacey Mindich has also revealed an opportunity for fans of the show to be in the poster artwork for the musical as part of the mosaic background on stage.

This artwork features real people inspired by the production’s Act 1 ending anthem You Will Be Found.

Participants must submit their photo or video via the official Dear Evan Hansen website before Sunday 4th August.

Since the show opened in 2016 on Broadway, more than 6,000 supporters of the musical have been ‘found’ in its personalised artwork.

Group travel organisers should call the group booking line on 0844-4825100 for information about bookings. Full details can be found at www.dearevanhansen.com/london.