The new MK Gallery in Milton Keynes will open on 16th March 2019 and will feature five galleries showcasing the town’s development. 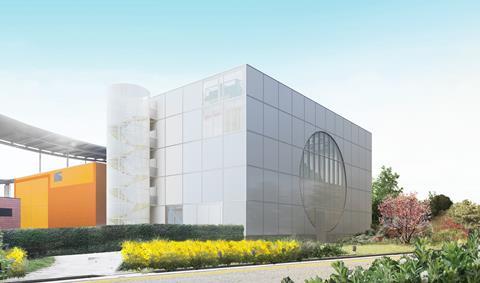 The MK Gallery will present the ‘original spirit’ of Milton Keynes, reflecting the natural world in its stainless-steel exterior inspired by the city’s original grid and the geometries of the adjacent Campbell Park.

It will provide spaces for major exhibitions both contemporary and historical, as well as films, music, performance, family events, workshops, and social spaces.

What to expect at MK Gallery

MK Gallery will open with The Lie of the Land, an exhibition spread across all five galleries. The exhibition takes the idea of leisure as its theme and will explore how it has altered alongside changes in land ownership.

It will feature work by 85 artists, who include Thomas Gainsborough, J.M.W Turner and Capability Brown, Yinka Shonibare MBE, Jeremy Deller and Bridget Riley. It will also include new commissions including a 60-channel sonic portrait of Milton Keynes by sound artist and composer, Caroline Devine. A new film commission working with the community by Ed Webb-Ingall and an installation by Project Art Work will also be on display.

The public spaces surrounding the MK Gallery form part of City Club, a wide-ranging project by Gareth Jones and Nils Norman, animating the top end of Midsummer Boulevard, and entering into the new building with alternative models of contemporary art.

The gallery will also feature: The Sky Room, a fully-flexible, equipped new auditorium on the upper floor for up to 300 people; a large community and learning studio; a new independent café and shop facing a new garden; and a new entrance with a colour scheme that revives the original gallery.

More about the gallery

MK Gallery originally opened its doors in 1999, nearly 30 years after the radical creation of Milton Keynes itself as Britain’s largest New Town. Situated at the apex of Midsummer Boulevard in central Milton Keynes, the new MK Gallery is an extension of the old building, which will be updated and incorporated into the new one.

Anthony Spira, director of MK Gallery, said: “In the spirit that created Milton Keynes, the new MK Gallery, on its twentieth anniversary, aims to reinvent the idea of the art centre for our own time. Both radical and inviting, serious and playful, it is fully accessible and the kind of building where I hope everyone will feel welcome.”