The new liner will make its debut on 1st April, before embarking on five European sailings. It’s the latest ship in a Celebrity Cruises series that began with Celebrity Edge - named by Time Magazine as one of the ‘World’s Greatest Places’ in 2019.

Celebrity Apex will mirror several of its sister ship’s features: 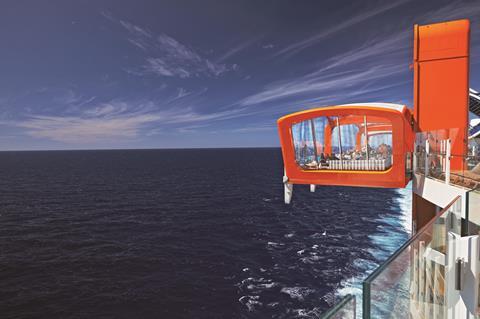 The ‘Magic Carpet’ is a floating platform that can move between decks.

Like the Edge, there’ll be a theatre on board with plans to host three new productions, plus an entertainment venue that will be transformed to suit different themes and moods.

“Celebrity Apex – the second ship in our revolutionary Edge Series – goes even further. It takes every onboard experience to the very peak of what’s possible at sea.”

Craft Social Bar: A casual space to watch sport and drink cocktails, wine and more than 50 craft beers from around the world served by a certified beer sommelier. 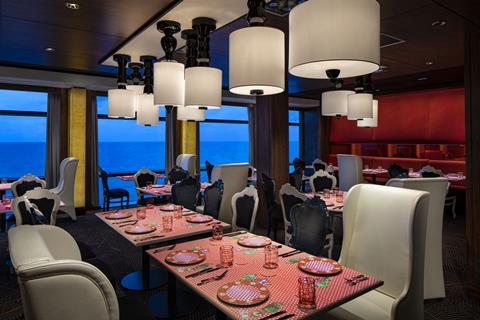 Eden: Appetisers, entrées and desserts will be available in the venue’s restaurant, sourcing ingredients from local farms and fisheries. Examples of dishes are crispy rye bread sautéed in butter and melted raclette cheese, and roasted Spanish prawns with melted peppers.

At The Club, passengers can take part in various activities ranging from video dance classes to archery. A cabaret-style production, Caravan, will make its debut.

Plus, a collaboration with Reshma Saujani, the founder of Girls Who Code, will see on-board STEM and coding sessions. 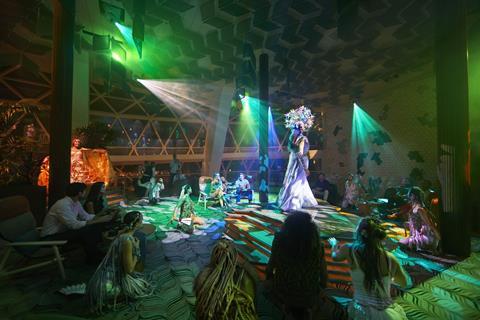 The fitness network F45 Training will be on board offering 45-minute team training workouts in the Fitness Centre, and a new Women in Wellness programme will be available, inspired by the practices of Katie Brauer (founder and CEO of The Yoga Professional), among others.

The ship will begin its career from Southampton, setting off on European itineraries in the spring, including a Norwegian Fjords cruise and a ten-night Capital Cities Cruise taking in Amsterdam, Copenhagen, Oslo and elsewhere. This will be followed by a winter season sailing the Caribbean.

Find out more about Celebrity Apex’s sailings at www.celebritycruises.com/cruise-ships/celebrity-apex.