New this year at the renamed Silverstone Interactive Museum in Northamptonshire is a display featuring Lewis Hamilton’s 2020 race overalls as well as an enhanced outdoor area. 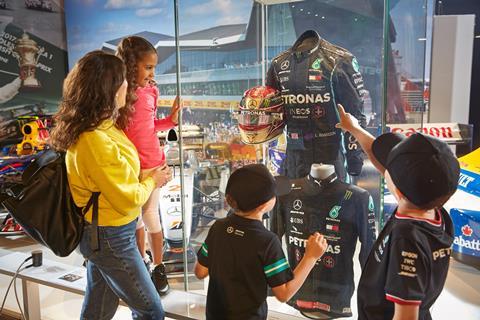 The museum is reopening on 17th May with several new features.

The immersive museum, which was originally known as the Silverstone Experience Museum, is reopening on Monday 17th May.

Groups of more than ten can receive discounted admission to the attraction, which celebrates the past, present and future of Silverstone and British motor racing, and there are options for exclusive talks and catering packages.

The Silverstone Interactive Museum recently received a grant from the Culture Recovery Fund to support its reopening plans after being closed for much of the last year.

Sally Reynolds, CEO of Silverstone Heritage Limited, (the charity that runs the museum) said: “After a challenging 12 months we are delighted to be reopening with a name that better portrays what we offer at the Silverstone Interactive Museum which is a fun, educational and hands on day out.

“Since the official opening by Prince Harry and Lewis Hamilton on 6th March 2020 we have had three long periods of closure as a result of the Covid-19 pandemic. This has been incredibly frustrating and resulted in us having a very limited time to welcome visitors and build the charity’s cash reserves. We are extremely grateful to the Culture Recovery Fund for recognising the difficulties we have faced and for awarding the grant.

“With the help of our wonderful volunteers, the team and I are busy preparing the museum ready to open our doors to visitors from 17th May and are very much looking forward to a busy and successful summer.”

The Silverstone Interactive Museum has been designed to inspire the next generation and has more than 60 hands-on exhibits where visitors can try out a wide variety of activities – from operating a wind tunnel, piloting a Wellington bomber, taking part in a pit stop and climbing into a replica Grand Prix car. Visitors can also see whether they have got what it takes to commentate on a Formula 1 Grand Prix. 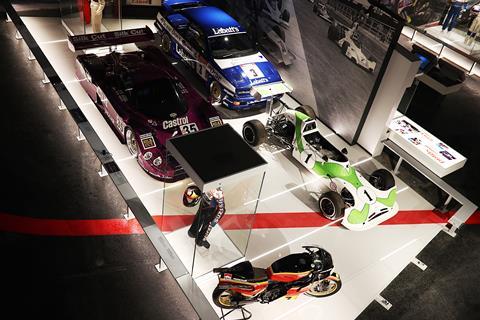 Visitors can get up close to some of the most well-known cars and bikes that have played a part in the 70-year history of Silverstone circuit.

It also features some of the most iconic cars and bikes that have played a part in the 70-year history of Silverstone circuit including Mansell’s Red 5, an E.R.A from the first ever Grand Prix held at the venue in 1948 and Barry Sheene’s 1979 Suzuki motorbike.

Rounding off a visit is a film which shows a lap of Silverstone, bringing together some of the circuit’s most famous racing moments with commentary from Murray Walker, Martin Brundle and David Croft.