Inventive researching, a positive cruise story and the issue of trust

Thoughts on virtual experiences, fake news and getting the balance right on a cruise story. 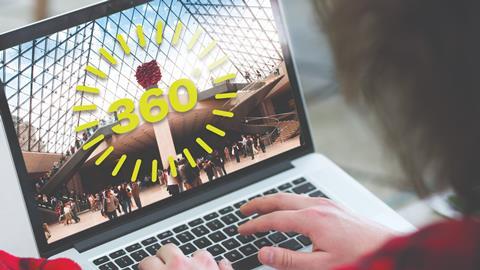 Virtual is no substitue but it does come in handy

I used to take things for granted, you’re probably the same. However, no longer will we complain about the small things like no teasmade in our hotel room. Or a bar of soap the size of a paperweight in the bathroom rather than a bottle of shower gel. These are not issues you have with virtual experiences of course, which are appearing quicker than a traffic warden when your ticket runs out.

Everything is now virtual it seems, from museum exhibitions and theatre performances to flower shows and walking tours. It does not substitute for the real thing but I was too hasty to dismiss it entirely. I’ve found they can sometimes be enjoyable and useful ways to sample different places and experiences while I sit in the comfort of my home. I did an ‘online reccee’ the other day and you know what, I am actually thinking perhaps we should bite the bullet and organise that trip to Australia we have always threatened. I am thinking for 2022, fancy it?

Trust… who’s got yours?

Fake news. Not the Donald Trump kind (glass of bleach anyone?), but the type that is circulating now more than ever. Unverified advice, conspiracy theories, scaremongering… you name it. Whether it’s through messaging apps, social media or anywhere else, I grow increasingly worried that some people believe anything, as long as it is written down. It’s why we should all gravitate to trusted sources, now more than ever. And if someone starts a sentence with ‘apparently’ be cautious about the words that follow.

Only read and follow those you trust and shut out those who display ignorance and sensationalism. I try and trust the Government as much as I can stomach but there are always people like Grant Shapps MP who “won’t be booking a summer holiday” right now, apparently. I think we’re all aware of the current situation. What an ignoramus with a complete disregard for the travel industry. Trust is important, don’t give yours to just anyone.

The ‘last cruise ship on Earth’

Continuing the subject of trust, a lot of stupid, inaccurate things have been written about cruising since the Covid-19 outbreak began. The cruise industry has taken a real battering recently with many inaccurate, inflammatory articles, most likely written by people who have never set foot on a ship, yet are seemingly experts on the subject. So I really enjoyed reading about the MSC Magnifica, which left Europe in January and was on the other side of the world when ports began to close.

Passengers were able to disembark and fly home via Sydney if they wished to, but many chose to stay onboard and party all the way home. The ship made headline news as it tried to refuel on Australia’s west coast, with some locals holding up banners in protest. Inaccurate information had been shared with Western Australia Premier, Mark McGowan and it was said that “more than 250 passengers have reported upper respiratory illnesses”. There was no such problem onboard. 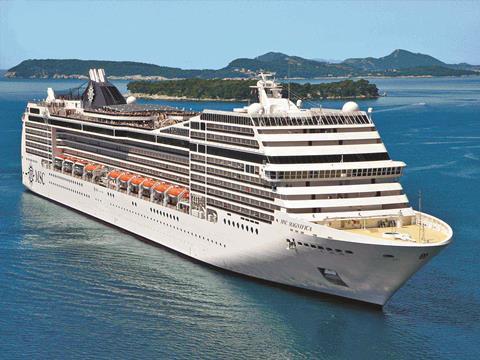 MSC Magnifica was on the other side of the world when the Covid-19 outbreak affected its plans.

It is important to get the balance right. Let’s not be positive to the point we are blind to the facts, but do let us ensure we are accurately informed. There were some complaints onboard of course, but lots of fun was had and happy memories made. One passenger posted a picture of an onboard performance with the caption, ‘maybe this is the only theatre in the world still open’.

Captain Leotta said: “We became like family – our guests and our crew together. The spirit has been beautiful.” The travel and tourism industry might get things wrong but it gets much more right.