The first casting announcements have revealed that Susie Blake and Simon Shepherd will be among those starring in the premiere of the thriller production. 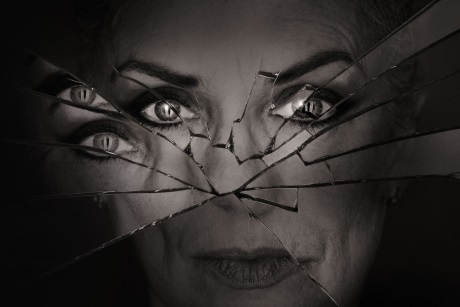 Based on Agatha Christie’s detective novel, The Mirror Crack’d from Side to Side, the first UK stage adaptation of the story will arrive on stage on 15th February, 2019, at the Salisbury Playhouse in Wiltshire.

The show, which will be co-produced by Wales Millennium Centre and Wiltshire Creative European, will then embark on a tour, heading to Dublin, Cambridge and Cardiff and running until April 2019.

Gareth Machin, artistic director at Wiltshire Creative said: “We are delighted to be working with Wales Millennium Centre for the first time and will be excited to see Rachel’s brilliant adaptation bringing the legendary Miss Marple to a new audience here in Salisbury and beyond. We are very proud to be co-producing this major project as part of our inaugural season.”

Miss Marple will be played by Susie Blake, who is perhaps best known for her role as Hilary Nicholson in Mrs Brown’s Boys. Her other notable theatre credits include Wicked and Noises Off, while some of her television credits include Midsomer Murders, Wild at Heart and New Tricks.

Speaking of her role in the new play, she said: “I’m absolutely thrilled to be taking on this part, I’ve been waiting for an opportunity to play a role like this my whole career.

“I admire Miss Marple’s incredible brain and very much look forward to putting my own spin on the character with the fantastic creative team.”

Meanwhile, Simon Shepherd will take on the role of Dermot Craddock. Best known for his role of Dr Will Preston in Peak Practice, his other television credits include Casualty and Father Brown. Previous theatre credits include Misalliance, Precious Little Talent and Evening at the Talkhouse.

The story has been adapted for stage by Rachel Wagstaff, with direction by Melly Still.

Full casting will be announced soon.

For further information on the play and tour dates, see here (https://www.groupleisureandtravel.com/News/The-Mirror-Crackd-to-be-adapted-for-stage-for-first-time-in-UK).

Organisers wishing to see the play should contact the individual theatres for group bookings.