Chichester Festival Theatre’s production of Crazy For You will take to the stage at the Gillian Lynne Theatre in London for the first time this year. 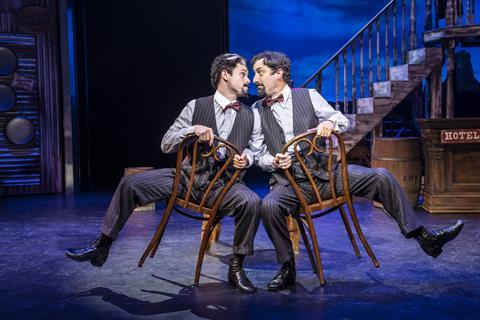 From left: Charlie Stemp as Bobby Child and Tom Edden as Bela Zangler who will both take to the West End stage.

Susan Stoman’s new production of the Gershwin musical, which played a sold-out season in Chichester last summer, will begin performances at the London venue from 24th June.

The show has been granted a six-month season running until January 2024, with groups of 10 or more qualifying for discounted tickets.

Starring Charlie Stemp, the Olivier-nominated actor of Half a Sixpence and Mary Poppins as Bobby, Carly Anderson (Wicked) as Polly, and Tom Edden as Bela Zangler, Crazy For You follows the life of theatre-mad Bobby Child who is torn between his show-business dreams and running the family bank.

Producers Joey Parnes, Sally Horchow and Michael Harrison said: “Susan Stroman’s exuberant production of Crazy For You was the most infectiously joyful show of the year.

“Charlie and Carly’s performances brought both great romance and spectacle to its heart, and Tom Edden was absolutely hilarious! We are so thrilled that London audiences will now be able to experience this dazzling musical in the superb setting of the Gillian Lynne Theatre.”

The story follows Bobby Child who reluctantly heads west to Deadrock, Nevada, to foreclose on a theatre’s mortgage, only to fall for the theatre owner’s daughter, Polly. 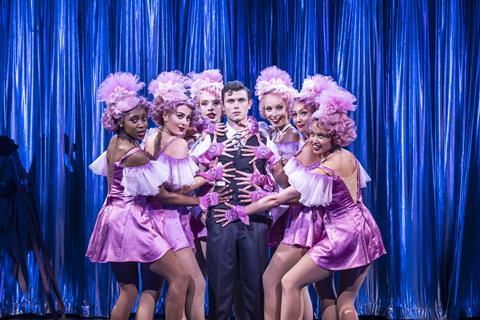 Desperate to prove his good faith, Bobby decides to put on a show – complete with dancers from the glamorous Zangler Follies in New York City – to save the theatre, renew the town and hopefully win Polly’s love.

With a book by Ken Ludwig and hits like Someone to Watch Over Me, I Got Rhythm and They Can’t Take That Away from Me, it’s described as a joyful celebration. The original production won several Tony and Olivier Awards, including Best Musical.

Tickets are on sale now with groups of 10 or qualifying for discounted rates. For more information go to crazyforyoumusical.com.