Going beyond the music to explore the creative process of one of the world’s most successful artists, the multiple Tony Award® winning Broadway musical, MJ will open at the at the Prince Edward Theatre in London from March 2024, with tickets on sale in the spring of 2023. 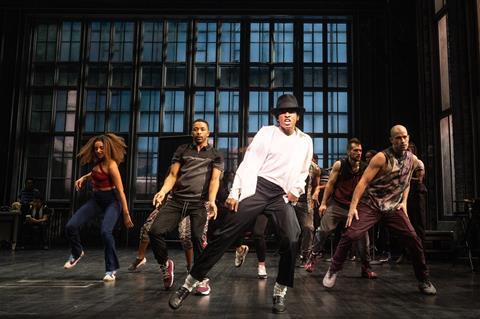 The Michael Jackson Broadway musical, MJ has been a hit in New York and will open in London at the Prince Edward Theatre, from March 2024.

The music, the moves and the stories of Michael Jackson are heading back to the West End stage showcasing the artistry of one of the greatest entertainers of all time.

Centred around the making of Jackson’s 1992 Dangerous World Tour, MJ goes beyond the star’s singular moves and signature sound, offering ‘a rare look at his creative mind and collaborative spirit’.

Lynn Nottage said: “As a Black musician and a pioneering voice in the music industry, Michael Jackson demanded inclusion, broke incredible barriers and in the process made indelible music that continues to resonate, delight and move listeners today. I am drawn to his complicated, singular and uncompromising creative process, and to understand where, why and how he made his music.”

Director, Christopher Wheeldon OBE won the Tony Award® for Best Choreography of a Musical for MJ and his previous award-winning directing credits include An American in Paris.

Wheeldon said: “I am thrilled that MJ will come to London, having been embraced by New York audiences since it opened. Michael Jackson had a profound influence on popular culture, as well as all of us as performing artists, and this musical is an exploration of that artistic mind and a creative process which is unmistakably Michael Jackson.

“… a show that combines the thrill and energy of a Michael Jackson concert with a glimpse into a pivotal moment of his pioneering career.”

“It has offered us the opportunity to put one of the greatest catalogues of pop music ever written up on stage in a show that combines the thrill and energy of a Michael Jackson concert with a glimpse into a pivotal moment of his pioneering career.

“After many years working with the Royal Ballet and bringing the Tony Award winning American In Paris to the West End, I now very much look forward to bringing MJ to UK audiences.”

Casting for the London production of MJ is to be confirmed.

MJ will open at the Prince Edward Theatre, London from March 2024. Tickets will go on sale in spring 2023 with full dates and booking details announced in due course.

For more information and to sign up to email updates about the show visit mjthemusical.com.