Helen Forrester’s By The Waters of Liverpool extends UK tour

Five more venues have been added to the spring 2020 UK tour of Helen Forrester’s By The Waters of Liverpool. 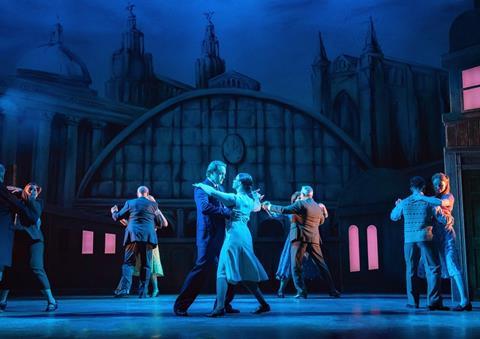 The UK tour follows a hugely successful premiere of the show in Liverpool last year.

Dates now include the Isle of Man, Hayes, Winchester, Liverpool and Blackpool. The tour follows a hugely successful premiere of the show at the Liverpool Empire Theatre last October.

By The Waters Of Liverpool is a period drama produced by the team that brought the smash hit Twopence To Cross The Mersey to the stage.

About the UK tour

The production will open in March 2020 at the New Brighton Floral Pavilion in Wirral, just a few miles from where Helen Forrester was born and celebrates what would have been the writer’s 100th birthday.

It will then travel to Stockport, Warrington, St Helens, Lancaster, Crewe, Southport, Rhyl, Swansea, Darlington and Malvern, before continuing with the newly added venues for an 11-week run.

The story opens in 1935. Helen Forrester is 16-years-old and fighting a bitter battle with her parents for the right to educate herself and go out to work. By 1939, Helen is now aged 20 and with Britain on the brink of war, she has never been kissed by a man. But things start looking up for Helen when she meets a tall strong seaman and falls in love. 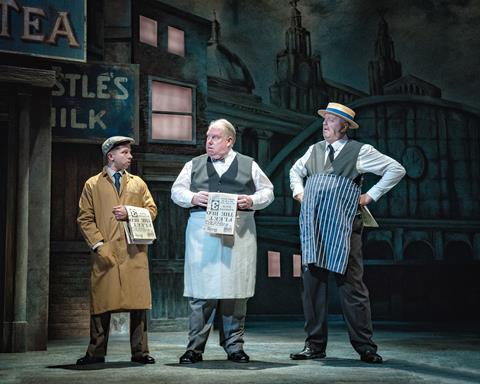 The production will open in the Wirral, just a few miles from where Helen Forrester was born.

The book has sold more than a million copies; writer and friend of Helen Forrester Rob Fennah has written both the stage play versions of Twopence To Cross The Mersey and By The Waters of Liverpool.

Mark Moraghan: Best known for his role as Owen Davies in Holby City. Other TV credits include Coronation Street, London’s Burning and Brookside. He has also appeared in Celebrity Masterchef and was runner up in the TV singing contest, Just The Two Of Us with Natasha Hamilton.

Sian Reeves: An original cast member of the 1985 stage production of Les Misérables, Reeves has already shared a stage with fellow cast member Mark Moraghan in the celebrity TV singing contest, Just The Two Of Us. Reeves and opera singer, Russell Watson, won the competition. Her TV credits also include Cutting It, Emmerdale, Casualty, Hope Springs and Holby City.

Parry Glasspool: Known for playing Harry Thompson in Hollyoaks, he recently made a dramatic exit in a high-profile storyline when he was murdered. He was nominated for Best Newcomer at the prestigious National Television Awards 2016. His other television credits include Hollyoaks Later, Our Zoo and the film The Cutting Room.

Lucy Dixon: She is widely known for her television roles as Danielle Harker in Waterloo Road and Tilly Evans in Hollyoaks. Lucy received a nomination for Best Actress at the TV Choice Awards 2012 for her portrayal of Tilly. The following year, she also featured on the longlist for Best Serial Drama Performance at the National Television Awards 2013.

Eric Potts: He has been a regular face on TV screens for more than 20 years. The Scottish-born actor is best known for playing the eccentric baker, Diggory Compton, in Coronation Street. His other screen credits include Doctor Who, Heartbeat, The Royal, Last Of The Summer Wine, Emmerdale and Peak Practice.

For all tour dates and booking information go to www.bythewatersofliverpool.com.