The Burrell Collection in Glasgow’s Pollok Country Park will offer group tours when it reopens following a £68m transformation which will see its specialist collection of 9,000 objects displayed to the public after the building was closed in 2016. 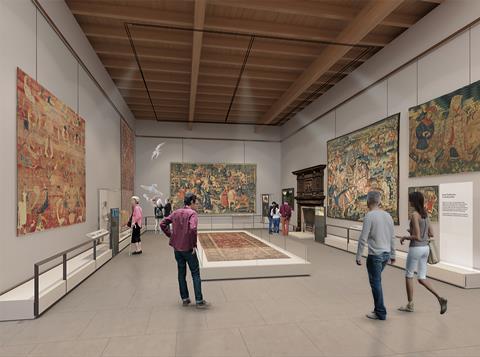 Source: Render of the resdesigned Burrell Collection, courtesy of Event.

An artist’s impression of a redesigned gallery at the Burrell Collection in Pollok Country Park.

Two tours will be available when the museum reopens at the end of March:

Groups will also have the option to book catering in advance and can benefit from a 10% discount in the gift shop and free use of the cloakroom.

For the first time since the collection opened in 1983, all three levels of the building will be accessible, with each floor allowing visitors to engage with the displays. The levels are believed to be connected by a three-storey core which opens up the centre of the building and allows for the display of previously unseen medieval stained-glass, known as the Boppard Windows.

The redesign of the new exhibition spaces was undertaken by exhibition design agency Event who worked closely with charity Glasgow Life to create “the most accessible and beautiful fine and decorative arts museum in the world”. 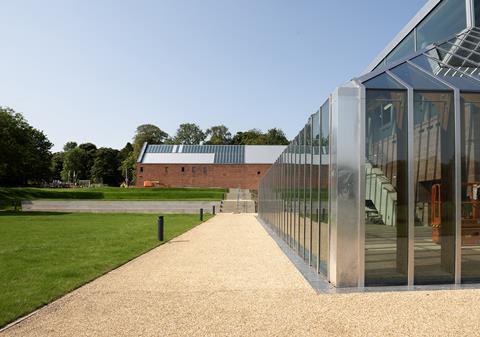 The Burrell Collection in Pollok Country Park in Glasgow.

On the main floor, the galleries have been renewed to reveal the stories of the objects as they have journeyed across the world, as well as the people, places and activities they have been connected with.

In the expanded galleries on the upper floor is a new focus on the craft of making, showcasing the techniques and skill behind the creation of these objects and inviting visitors to be creative themselves.

Finally, a new open store on the lower level will have visitors exploring the nature of the collection as a whole and the art of amassing such items, from its planning and acquisition by Sir William to how it is cared for today.

The Burrell Collection consists of 9,000 objects with highlights including one of the most significant holdings of Chinese art in the UK, medieval treasures including stained glass, arms and armour and over 200 tapestries which rank amongst the finest in the world, as well as paintings by French artists including Manet, Cezanne and Degas. 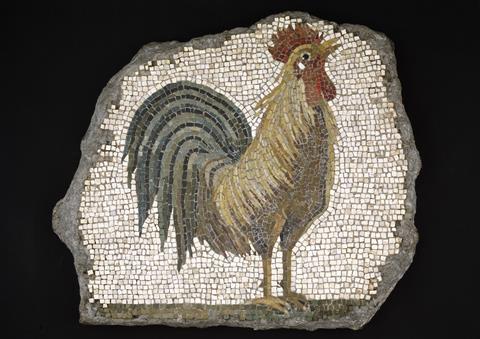 Roman mosaic fragment of stone and plaster dating back to 1st century BC on display.

According to the Burrells’ wishes, the collection was housed where people could appreciate the art in a countryside setting. After many years of searching for a suitable site, the opening of the museum in Pollok Country Park in 1983 was received to critical and public acclaim and in its first year of opening attracted more than one million visits.

Sir William Burrell (1861-1958) was born and raised in Glasgow. He bought his first painting aged 15 with a few shillings he had been given for a cricket bat and went on to be an active collector for over 75 years.

By 1900, he was a respected collector in the fields of late Gothic and early Renaissance European art, including magnificent tapestries and stained glass and late 19th-century French art, including more than 20 works by Edgar Degas.

He was one of the largest donors of artworks to the 1901 Glasgow International Exhibition, the legacy of which is Kelvingrove Art Gallery and Museum. He was knighted in 1927 for services to art.

Sir William believed in free education for all and wanted the people of the city to be able to access his collection. In 1944, together with his wife Lady Constance, he gifted the collection to the City of Glasgow.

Visitors today will be able to get an insight into the life of Sir William, Lady Constance and their daughter Marion, as they are “brought back to life” through the galleries’ new digital and interactive displays which will provide a more in-depth understanding of Sir William’s passion for art and collecting, as well as his business and family life.

The Burrell Collection is scheduled to reopen on 29th March 2022. For more information visit www.burrellcollection.com