Group bookings now available for The Drifters Girl musical in 2021

The Drifters Girl will premiere at Newcastle Theatre Royal on 9th October 2021, before transferring to the Garrick Theatre in London for a 20 week season. 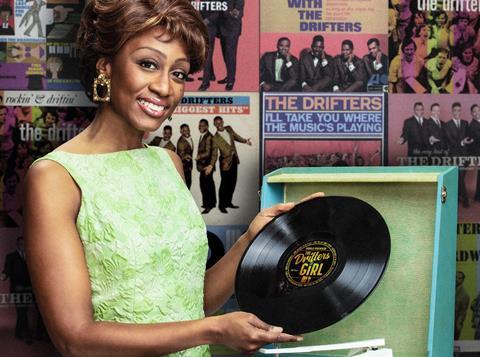 Beverley Knight will star as the band’s manager, Faye Treadwell.

The musical, which stars soul singer Beverley Knight, tells the story of the world-famous group The Drifters, and the woman behind-the-scenes who made them.

Following its run in Newcastle, the production will begin performances at the Garrick Theatre in London on 4th November.

Current ticket holders for the show’s original dates do not need to anything. They’ll be contacted in due course. New group bookings are now available for the dates in 2021.

Beverley Knight will star as Faye Treadwell, the manager of The Drifters, who, alongside her husband, worked for 30 years to turn the Atlantic Records vocal group into world stars. Further casting will be announced at a later date.

From the highs of hit records and sell out tours to the lows of legal battles and personal tragedy, The Drifters Girl shows the efforts of the world’s first African American, female music manager and how she refused to ever give up on the group she loved.

The musical’s soundtrack includes many well known songs from the last 50 years, including Save The Last Dance For Me, Under The Boardwalk, Kissin In The Back Row Of The Movies, Stand By Me, Come On Over To My Place, Saturday Night At The Movies and many more.

The singer has enjoyed several Top 10 Albums, including the platinum selling Voice: The Best Of Beverley Knight. She was awarded an MBE by the Queen in 2007 for services to British music and charity and last year, she celebrated 25 years in the music business with a live album, BK25, recorded with the Leo Green Orchestra at the Royal Festival Hall.

Beverley has also made several appearances in the West End, debuting in the role of Rachel Marron in The Bodyguard in 2013. In 2015 she played the Grizabella in Cats at the London Palladium and in 2018 she starred as Emmeline Pankhurst in Sylvia at The Old Vic, for which she won a Best Supporting Actress award at the inaugural Black British Theatre Awards.