SIX the musical will run at the West End’s Arts Theatre until January next year, with more than 90,000 extra tickets now on sale. 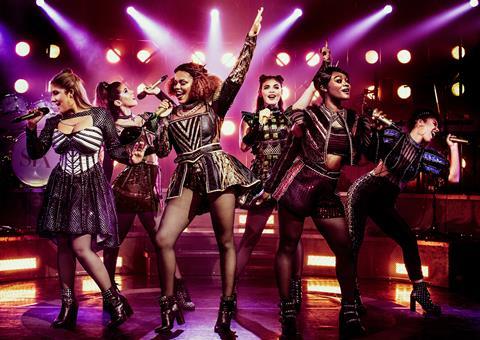 The original cast of SIX the musical.

Having recently celebrated its first birthday in the capital, the show takes a look at the individual stories of Henry VIII’s six wives through a 75-minute performance.

Its cast also welcomed a new queen as of the 21st January in Sophie Issacs, taking over the role of Katherine Howard.

Sophie starred as Heather McNamara in the West End musical Heathers and was recently Goldilocks in Goldilocks and the Three Bears at the London Palladium.

Her other musical theatre credits include Frenchy in Grease, Amber Von Tussle in Hairspray and Margot in Legally Blonde.

SIX was due to close in July this year, but will run for longer due to its popularity, with its studio album getting 400,000 streams daily across multiple platforms.

“From Tudor Queens to Pop Princesses, the six wives of Henry VIII take to the mic in SIX to tell their tales, remixing 500 years of historical heartbreak into a 75-minute celebration of 21st century girl power. These Queens may have green sleeves but their lipstick is rebellious red.”

You can watch the production’s trailer below:

The London cast is made up of Jarneia Richard-Noel as Catherine of Aragon, Courtney Bowman as Anne Boleyn, Natalie Paris as Jane Seymour, Alexia McIntosh as Anna of Cleves and Danielle Steers as Catherine Parr.

SIX made its debut at the Edinburgh Festival Fringe which sparked its West End transfer, opening in January 2019.

Written by Toby Marlow and Lucy Moss, the production is a non-stop 75-minute performance with a pop-concert feel.

The show will open on Broadway in February and has also opened at Sydney Opera House, with plans to tour to Melbourne and Adelaide in Australia.

You can find out more information about the musical at www.sixthemusical.com/london.