Rock of Ages producers have revealed full casting and new dates for the UK and Ireland tour, including the return of Coronation Street star Kevin Kennedy in the role of Dennis Dupree. 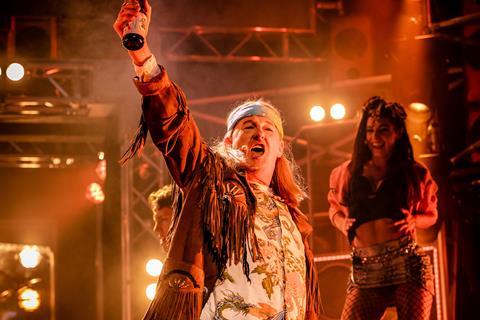 Kevin Kennedy will star as Dennis Dupree on the 2022/23 tour.

Kennedy previously played the role of Dennis Dupree in 2018 and is best known for playing Curly Watts for more than 20 years in ITV’s Coronation Street.

He is joined by X Factor winner Matt Terry as Stacee Jaxx, alongside Sam Turrell as Drew, Gabriella Williams as Sherrie, Vicki Manser as Regina and Kellie Rhianne as Justice.

The production will open at New Victoria Theatre, Woking from 27th to 30th April 2022.

Described as a ‘hilarious musical comedy’, Rock of Ages features over 25 classic rock anthems, including We Built This City, The Final Countdown, Wanted Dead or Alive, Here I Go Again, Can’t Fight This Feeling and I Want To Know What Love Is - played by a live band.

The show has enjoyed seasons on Broadway, London’s West End and Las Vegas, as well as a Hollywood movie version.

Performer, singer and songwriter Matt Terry is perhaps best known as the champion of the 2016 series of ITV’s The X Factor. In addition to music, Matt has also fronted his own radio show for Capital FM and has toured the world in leading roles in Dreamwork’s Madagascar The Musical and Broadway’s Dr. Seuss’ How the Grinch Stole Christmas! The Musical.

Group rates to each show are venue specific. For more information and the full list of dates and venues, visit www.rockofagesmusical.co.uk.