Comedy musical Avenue Q to return in 2019 with UK tour

The musical featuring puppets will be visiting venues up and down the UK in 2019, opening at Portsmouth Kings Theatre on 25th January. 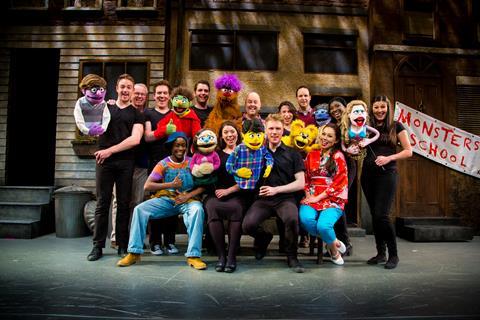 Following five years in the West End, sell-out runs worldwide and successful tours in 2014, 2015 and 2016, Avenue Q will return with a UK tour visiting venues including Portsmouth, Canterbury and Belfast.

The show is described as an irresistibly charming tale of the loveable characters on a downtown New York street trying to make sense of life’s burning issues.

Characters include Princeton, a bright-eyed graduate who comes to New York City with big dreams and a tiny bank account; Brian the out-of-work comedian and his therapist fiancée Christmas Eve; Nicky the good-hearted slacker; and a kindergarten teacher named Kate Monster.

Avenue Q first opened at the Vineyard Theatre in 2003, before transferring to Broadway later that year where it won three Tony Awards for Best Musical, Best Score and Best Book.

In 2006 it transferred to the West End where it ran for five years before touring the UK. It has appeared in more than ten countries all over the world.

More dates are available online. Groups should contact their chosen theatres for details on group rates.