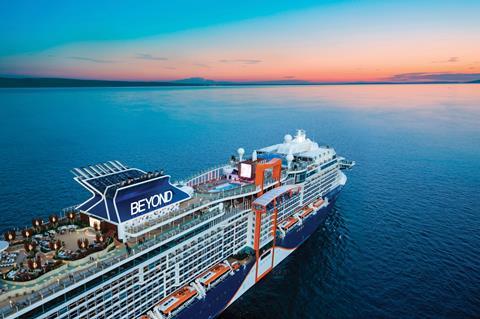 Celebrity Beyond has set sail on its maiden voyage to Western Europe.

Its first itinerary will see passengers travel on a ten-night Western Europe cruise, visiting Bordeaux in France, Lisbon in Portugal and Malaga, Palma de Mallorca and Barcelona in Spain.

A variety of Mediterranean journeys including a nine-night Italian Riviera cruise, French voyages and ten-night Greek Isles itineraries through early October,  are now on sale, before the ship heads to the Caribbean.

Celebrity Beyond sailed into Southampton’s port on Thursday 21st April, backed by a crew of 1,400 people. It was described by Lisa Lutoff-Perlo, Celebrity Cruises’ CEO, as a “historic moment”.

Lisa said: “Celebrity Beyond is a true game changer for the industry and represents our commitment to growth, to the future of the travel industry and to staying at the forefront of innovation.”

If your group is looking for a more luxurious cruising experience, some of the upcoming highlights in 2023 include a Puerto Plata, St. Thomas and St. Maarten cruise for eight nights from 8th January, an eight-night cruises taking in the best of Italy, Croatia and Montenegro from 7th May and a nine-night Aruba, Curacao and Cayman cruise from 13th November.

Inspired by a vision to take the cruise industry into the next era of luxury, Celebrity Cruises assembled an award-winning team to help design the ship.

Passengers can expect upgraded spaces from Celebrity Cruises’ previous ships and a range of luxurious amenities, including: 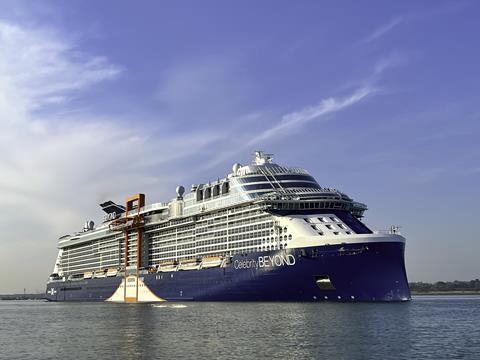 For more information about Celebrity Beyond and Celebrity Cruises visit www.celebritycruises.com.