Cast announced for The Prince Of Egypt musical

The producers of the new musical, The Prince Of Egypt, have revealed the initial cast ahead of its West End run which begins on 5th February 2020. 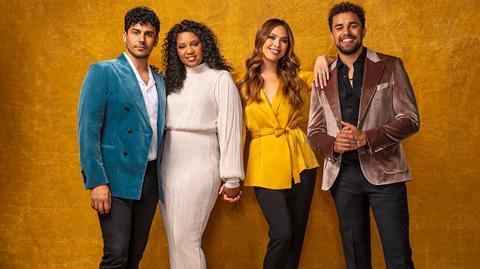 Four members of The Prince Of Egypt cast have been announced. From left to right: Liam Tamne, Alexia Khadime, Christine Allado and Luke Brady.

The show, which will play at London’s Dominion Theatre, will be led by Luke Brady and Liam Tamne, starring as Moses and Ramses.

Christine Allado will play Tzipporah while Alexia Khadime will star as Miriam, with further casting to be revealed later.

Based on the DreamWorks Animation film of the same name, The Prince Of Egypt will feature music and lyrics by Stephen Schwartz (Wicked, Godspell) and a book by Phillip LaZebnik (Mulan, Pocahontas).

The London production will run for 32 weeks, with groups discounts available on a variety of performances throughout the season.

Luke Brady trained at RADA and is best known for playing Anthony Hope in Jonathan Kent’s production of Sweeny Todd, in the West End and at Chichester Festival Theatre.

Liam Tamne most recently starred as Guiseppe Naccarelli in The Light in the Piazza at the South Bank Centre, as well as featuring in other West End shows such as The Phantom of the Opera, Les Misérables and Wicked.  Tamne also appeared as contestant on the second series of The Voice.

Christine Allado’s additional theatre work includes Hamilton in the West End and In The Heights at Kings Cross Theatre. Alexia Khadime, who completes the foursome announced, has had multiple leading roles in London, including Elphaba in Wicked and Nala in The Lion King.

Five original songs from the 1998 animation will feature in the stage adaptation, as well as ten new hits, all written by Stephen Schwartz.

The film’s soundtrack, When You Believe, is one of the five songs to be included in the performance and was recorded by Whitney Houston and Mariah Carey in 1998.

The performance is described as a ‘journey through Ancient Egypt’ and follows the story of two men divided by a ‘secret past’.

For more information about The Prince Of Egypt, visit www.theprinceofegyptmusical.com